Young children sit cross-legged on the mat as their teacher prepares to teach them about the weather, equipped with pictures of clouds. Outside the classroom, lightning forks across a dark sky and thunder rumbles. Curious children call out and point, but the teacher draws their attention back – that is not how the lesson target says they are going to learn about the weather.

It could be a scene in almost any school. Children, full of questions about things that interest them, are learning not to ask them at school. Against a background of tests and targets, unscripted queries go mainly unanswered and learning opportunities are lost.

Yet the latest American research suggests we should be encouraging questions, because curious children do better. Researchers from the University of Michigan CS Mott Children’s Hospital and the Center for Human Growth and Development investigated curiosity in 6,200 children, part of the US Early Childhood Longitudinal Study. The study is highlighted in a new book by Judith Judd and me, How to Succeed at School. What Every Parent Should Know.

The researchers gauged levels of curiosity when the children were babies, toddlers and preschoolers, using parent visits and questionnaires. Reading, maths and behaviour were then checked in kindergarten (the first year of school), where they found that the most curious children performed best. In a finding critical to tackling the stubborn achievement gap between poorer and richer children, disadvantaged children had the strongest connection between curiosity and performance.

Further, the researchers found that when it came to good school performance, the ability to stay focused and, for example, not be distracted by a thunderstorm, was less important than curiosity – the questions children might have about that storm. 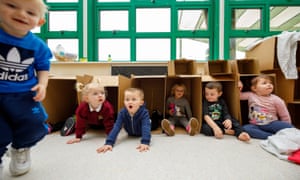 Teachers who concentrate on developing focus and good behaviour because of the links to good academic performance, now need to take on board that developing curiosity could be even more important.

The study’s lead researcher, Dr Prachi Shah, a developmental and behavioural paediatrician at Mott and an assistant research scientist at the University of Michigan, says: “Promoting curiosity in children, especially those from environments of economic disadvantage, may be an important, under-recognised way to address the achievement gap. Promoting curiosity is a foundation for early learning that we should be emphasising more when we look at academic achievement.”

Children are born curious. The number of questions a toddler can ask can seem infinite – it is one of the critical methods humans adopt to learn. In 2007, researchers logging questions asked by children aged 14 months to five years found they asked an average of 107 questions an hour. One child was asking three questions a minute at his peak.

But research from Susan Engel, author of The Hungry Mind and a leading international authority on curiosity in children, finds questioning drops like a stone once children start school. When her team logged classroom questions, she found the youngest children in an American suburban elementary school asked between two and five questions in a two-hour period. Even worse, as they got older the children gave up asking altogether. There were two-hour stretches in fifth grade (year 6) where 10 and 11-year-olds failed to ask their teacher a single question.

In one lesson she observed, a ninth grader raised her hand to ask if there were any places in the world where no one made art. The teacher stopped her mid-sentence with, “Zoe, no questions now, please; it’s time for learning.”

Engel, who is professor of developmental psychology at Williams College in Williamstown, Massachusetts, says: “When you visit schools in many parts of the world it can be difficult to remember they are full of active, intellectual children, because no one is talking about their inner mental lives. How well they behave, and how they perform seem much more important to many people in the educational communities. Often educational bureaucracies have shunted curiosity to the side.”

Of course, some teachers do encourage and enhance curiosity – Engel says that in every school she visits there tends to be one teacher who is managing it. But it is usually down to an individual – rather than a systematic approach such as that introduced at Ilminster Avenue nursery school, in Bristol.

Last September the nursery took the radical step of permanently removing most of its toys for two-year-olds and replacing them with a range of cardboard boxes, tin cans, pots and pans, old phones, kettles, computers and plumbing supplies – anything with creative possibilities.

The children took to the new objects immediately, making slides for building blocks with guttering, dens and spaceships with cardboard boxes and having conversations with imaginary people on old phones. Old keys were used to lock things away or unlock imaginary kingdoms. Most haven’t asked for the toys back.

Matt Caldwell, the headteacher, says sceptical parents and teachers have been convinced by the change because of the rise in creativity and conversation among the children.

He says: “What children love is to copy what adults are doing with objects. What people and objects do makes them curious about their world.

“School kills curiosity. When do children get to ask questions about things that interest them? As soon as they are at primary school they have to shut up and learn. It’s not the fault of teachers. They have so many targets to meet.”

Paul Howard-Jones, professor of neuroscience and education at Bristol University, who has visited to observe the children playing with their new “toys”, says humans learn from novel situations and curiosity is important to that process.

“Children should be prompted and encouraged to ask questions even though that can be challenging for the teacher,” he says. “We do need to find some time for questions during the day. There is not enough time in schools for creativity and following up on curiosity.”

How to Succeed at School: Separating Fact from Fiction. What Every Parent Should Know, by Wendy Berliner and Judith Judd, is published by Routledge 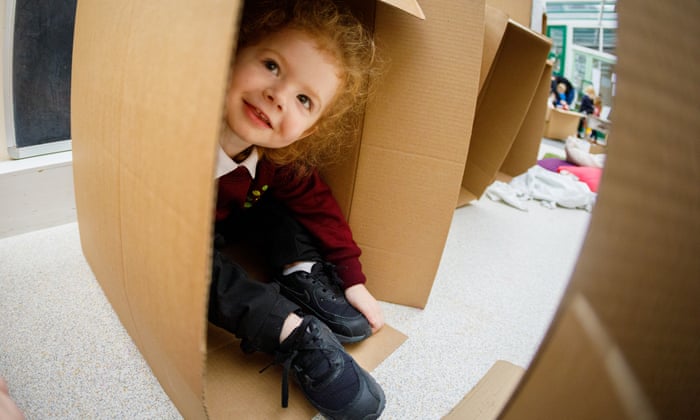