Artists have long celebrated the beauty and power of the natural world. But as concerns grow over global warming and the melting polar ice caps, rising levels of toxic smog polluting cities and deadly wildfires ravaging forests, they have become increasingly vocal about safeguarding the planet.

They are now using art, theatre, dance and music as platforms to call for change and urgent action to tackle the climate-change problems threatening the Earth’s future before it is too late.

We wanted to make [the public] aware of the things we take for granted, like air. Climate change is established science, but somehow people don’t feel it affects themDr Eugene Birman, composer and co-director, Aria

Many artists have embraced technology, such as virtual reality (VR) and augmented reality (AR) to heighten the emotional response of audiences.

One of the most talked about works on show at last year’s Venice Biennale arts exhibition, in Italy, was Serbian performance artist Marina Abramovic’s dramatic VR installation, Rising, set in a stormy polar landscape, which saw her avatar trapped in a glass tank as it filled with water. 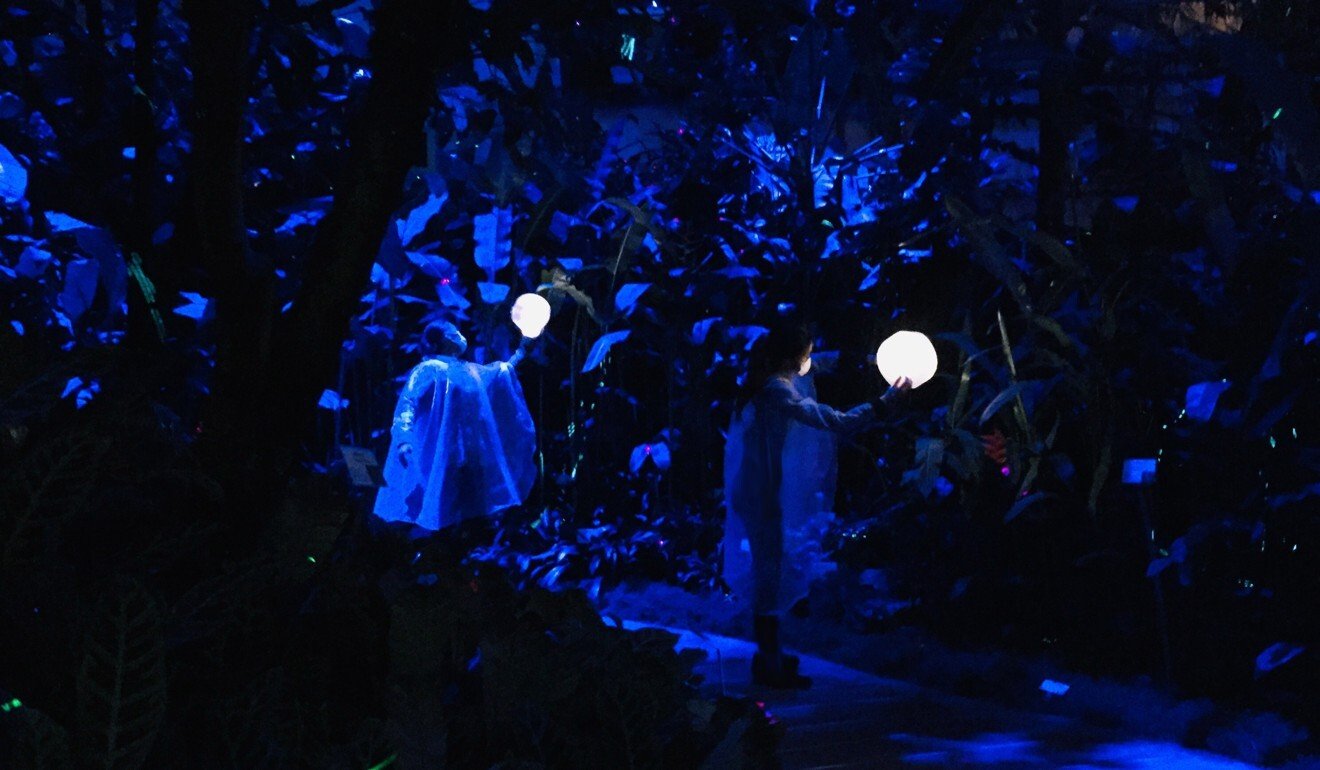 Dancers lead the way in Hong Kong’s production of Aria, which takes people on an after-dark journey of music, art and dance through a greenhouse, while highlighting global problems such as pollution and climate change.
Audiences could stop the water by pledging to protect the planet – or do nothing and watch her avatar drown.
In New York last summer, artist Valentino Vettori invited a group of contemporaries to create a 15-room pop-up exhibition, Arcadia Earth, featuring installations made of recycled waste.

The show, which closes at the end of the year, uses AR and VR to transport viewers to vivid marine landscapes and forests that are under threat, accompanied by alarming text and statistics.

Organisations such as the UN have been taking advantage of the large captive global audience forced to stay indoors by the Covid-19 pandemic by getting their messages across online.

The UN’s Environment Programme, for example, created a VR experience  where viewers are confronted with a huge orange ball of gas, representing their carbon footprint, which grows ominously as they navigate their way through various everyday scenes and make choices that either harm or help the environment.

Greenhouses are often seen as an ideal world, like this Avatar-esque conception of a [verdant] forest, but there’s also the subtext of the greenhouse effect hereDr Eugene Birman

The 360-degree VR version, lasting five minutes, will go live on YouTube on the day of the premiere. 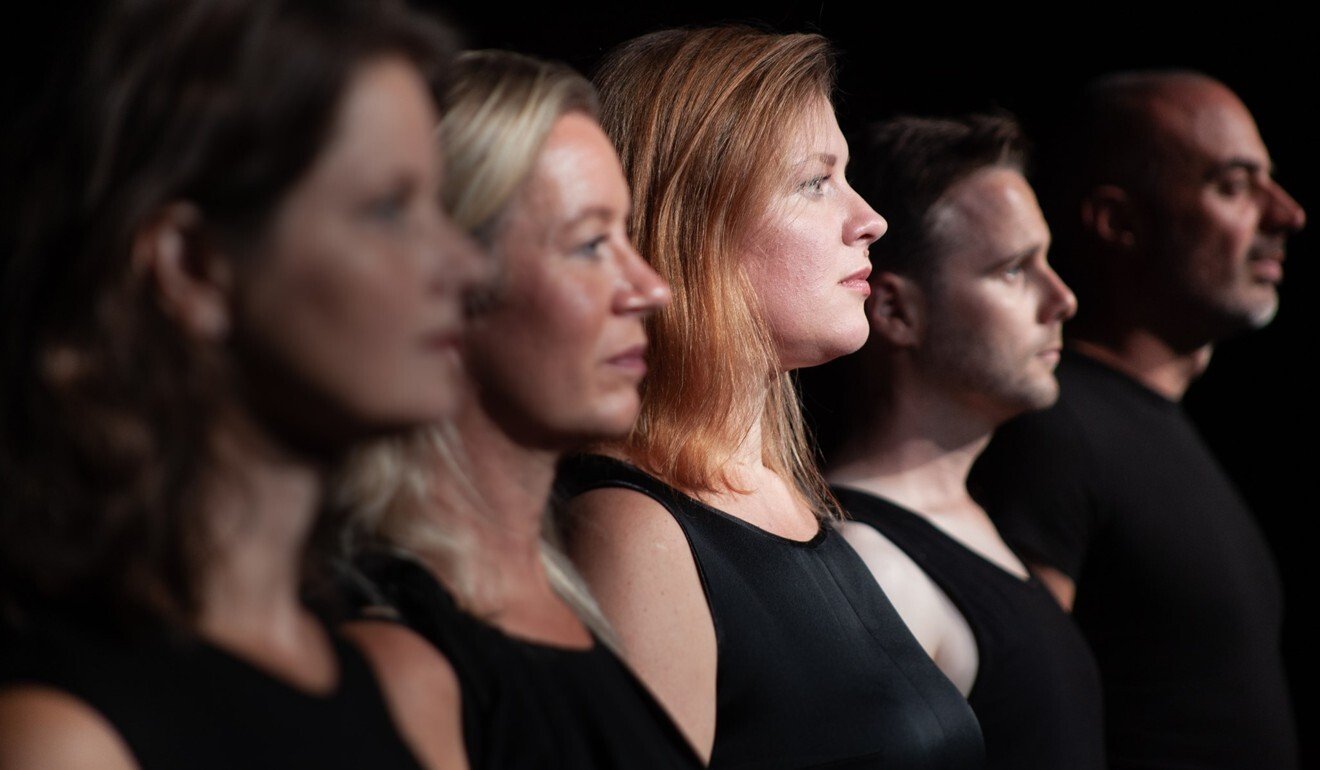 Aria is one of the most highly anticipated events at this year’s ReNew Vision, an online platform that showcases newly commissioned online works by prominent local and overseas artists, which was launched by the New Vision Arts Festival.

The biennial event, known for staging groundbreaking arts performances, which was postponed this year because of the outbreak of the coronavirus disease, Covid-19, will become an annual event from 2021.

When art and science combine

Aria – a pilot project of HKBU’s Augmented Creativity Laboratory, which was set up to support cross-disciplinary projects – was created after a two-year research collaboration between its music and computer science departments.

“We wanted to make [the public] aware of the things we take for granted, like air,” says Birman, 33, who explored social issues such as Estonia’s 2008 financial crisis and Russian border treaties in his previous work.

“Climate change is established science, but somehow people don’t feel it affects them. They say ‘Yes, the sea is rising, or the weather is different, but it doesn’t affect my daily life’.” 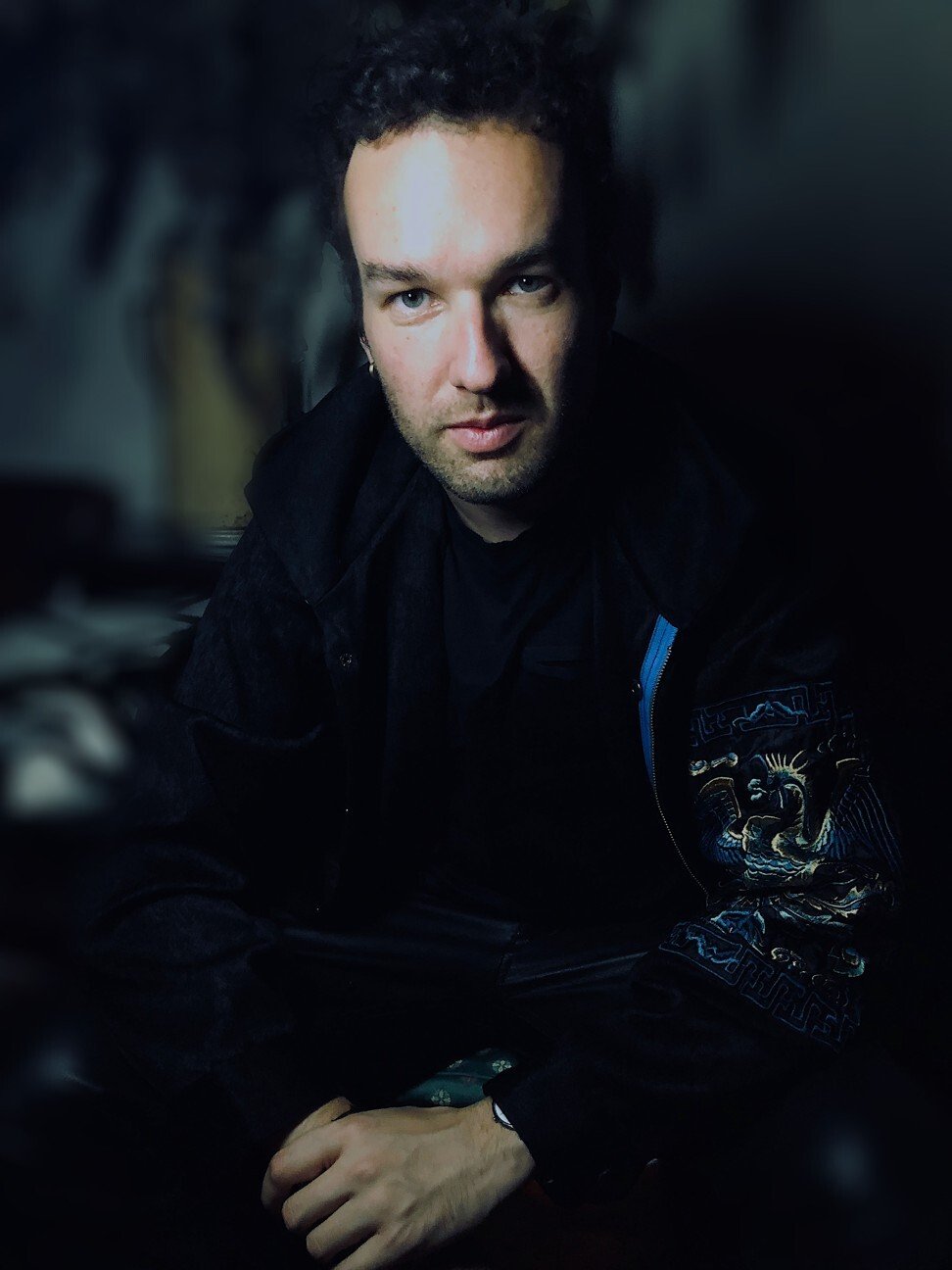 He says the aim of Aria was to use art and ordinary people’s comments about the environment to make the science more accessible to audiences.

The team also searched social media posts in Denmark and other countries, and gathered additional statistics on pollution.

American writer Scott Diel combined a selection of the social media posts and data into a libretto, sung by Theatre of Voices, with Birman composing the score. 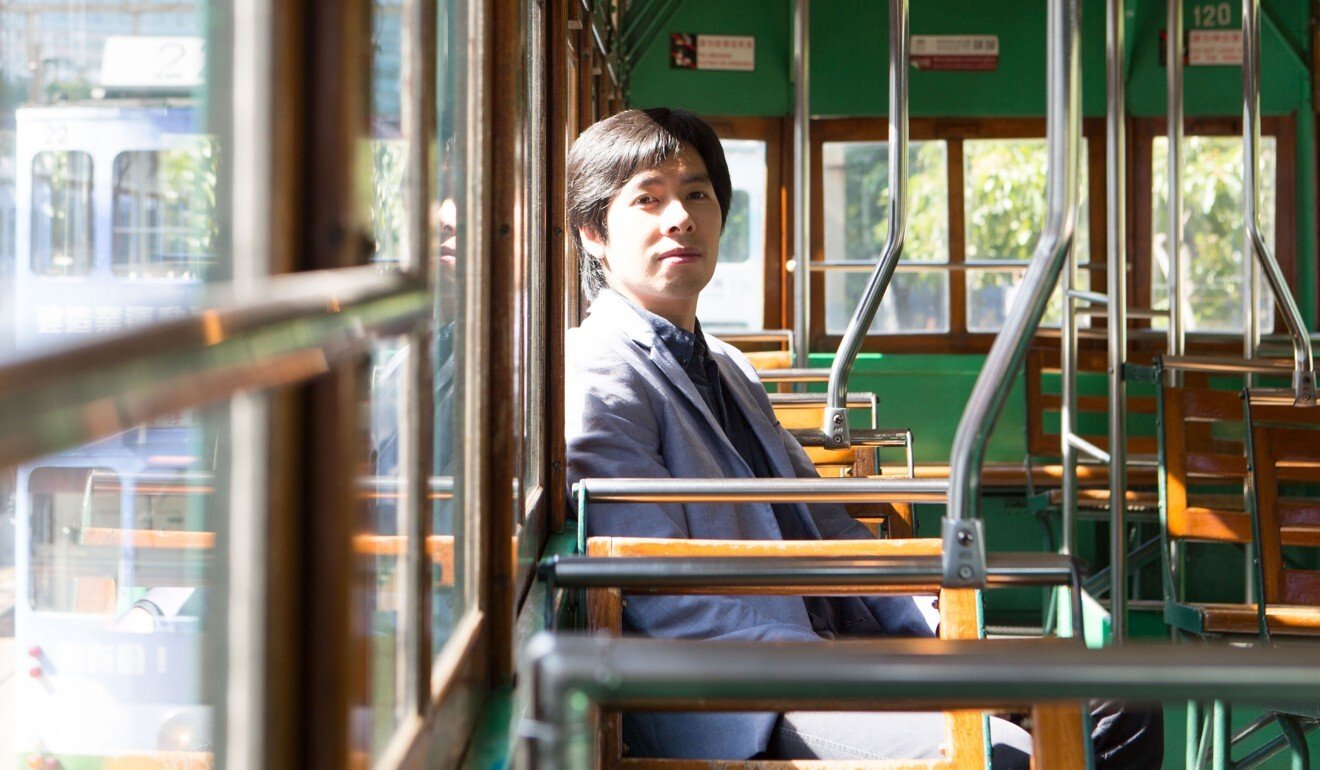 Kingsley Ng, a visual artist and assistant professor at Hong Kong Baptist University’s Academy of Visual Arts, also served as the co-director of the production, Aria.

Someday humans will listen to air; air won’t smell of garbage, but of strawberry confectionery and flowersA lyric in Aria, written by Hong Kong Children’s Choir

Birman and Ng both felt it was important to give Hong Kong youth a platform by involving the children’s choir in the show.

“Any work about the environment is essentially about the future and the next generation,” says Ng, 39, who is also assistant professor at HKBU’s Academy of Visual Arts.

Members of the choir, who are aged from 11 to 17, sing in both Cantonese and English, using lyrics they wrote, based on their concerns about air and the health of the planet, including one line: “Someday humans will listen to air; air won’t smell of garbage, but of strawberry confectionery and flowers.” 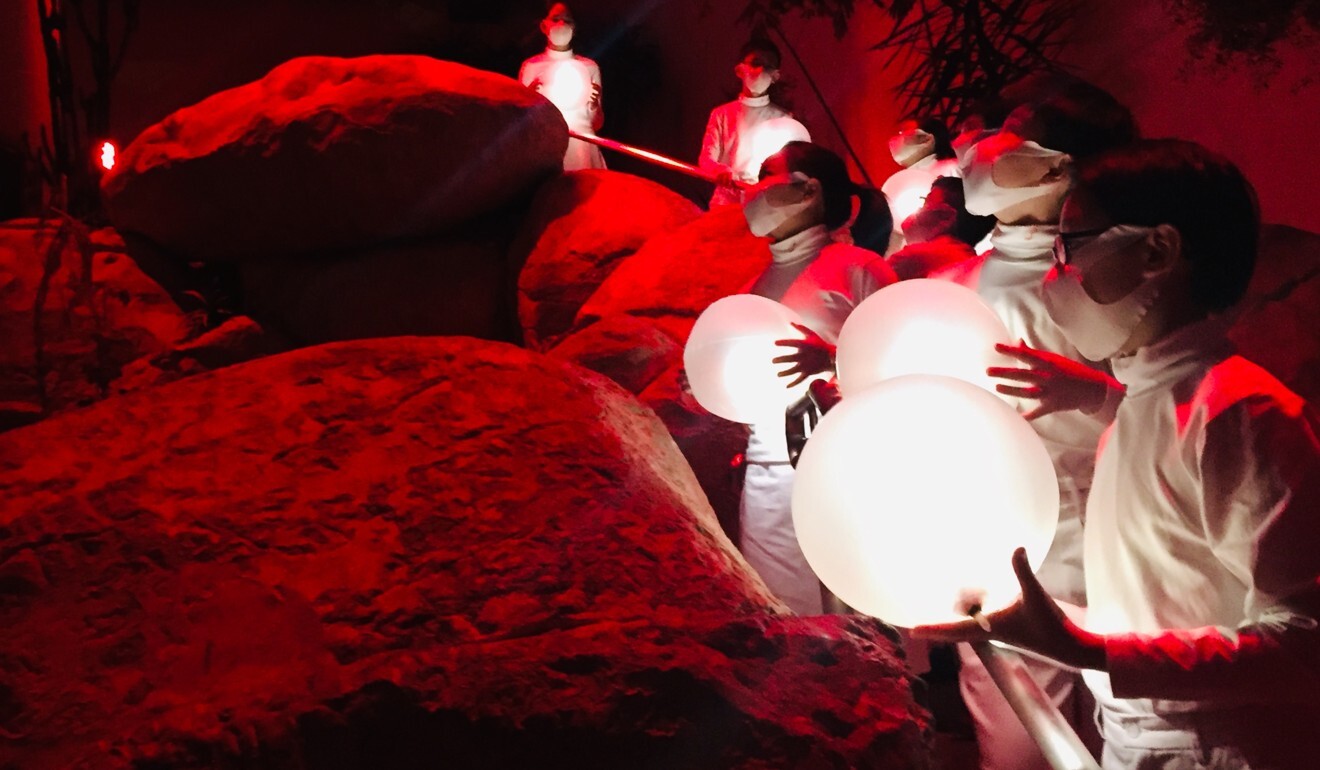 Members of Hong Kong Children’s Choir sing lyrics they wrote themselves on their concerns about pollution and the health of the planet in the after-dark experiential production, Aria.

Experiential trip with a message

Ng says Aria starts with dancers, dressed in costumes designed by Hofi Man Ho-yin, who are meant to personify air and “express freedom, confusion, agitation through their movements”, guiding audience members in groups of 20 through three sections of the greenhouse.

A staircase leads to the Humid Plant House, a cool moist environment where the audience is immersed in a fairy-tale scene with what appear to be thousands of fireflies – created by stage designer Lee Chi-wai using tiny laser beams.

“Greenhouses are often seen as an ideal world, like this Avatar-esque conception of a [verdant] forest, but there’s also the subtext of the greenhouse effect here,” Birman says.

“There’s a tension between this ethereal, beautiful space and words and sounds that are suggesting not all is well.”

Dancers lead the audience, accompanied by the children’s choir and a conductor, into the Dry House, which is filled with ominous red light, creating the impression it is a desert. Negative social media text about air quality appears on LED scrollers placed alongside cactuses, while images of Theatre of Voices appear on hologram fans.

“It’s like the world that we are experiencing now with global temperatures getting hotter and desertification intensifying,” Cheung says. 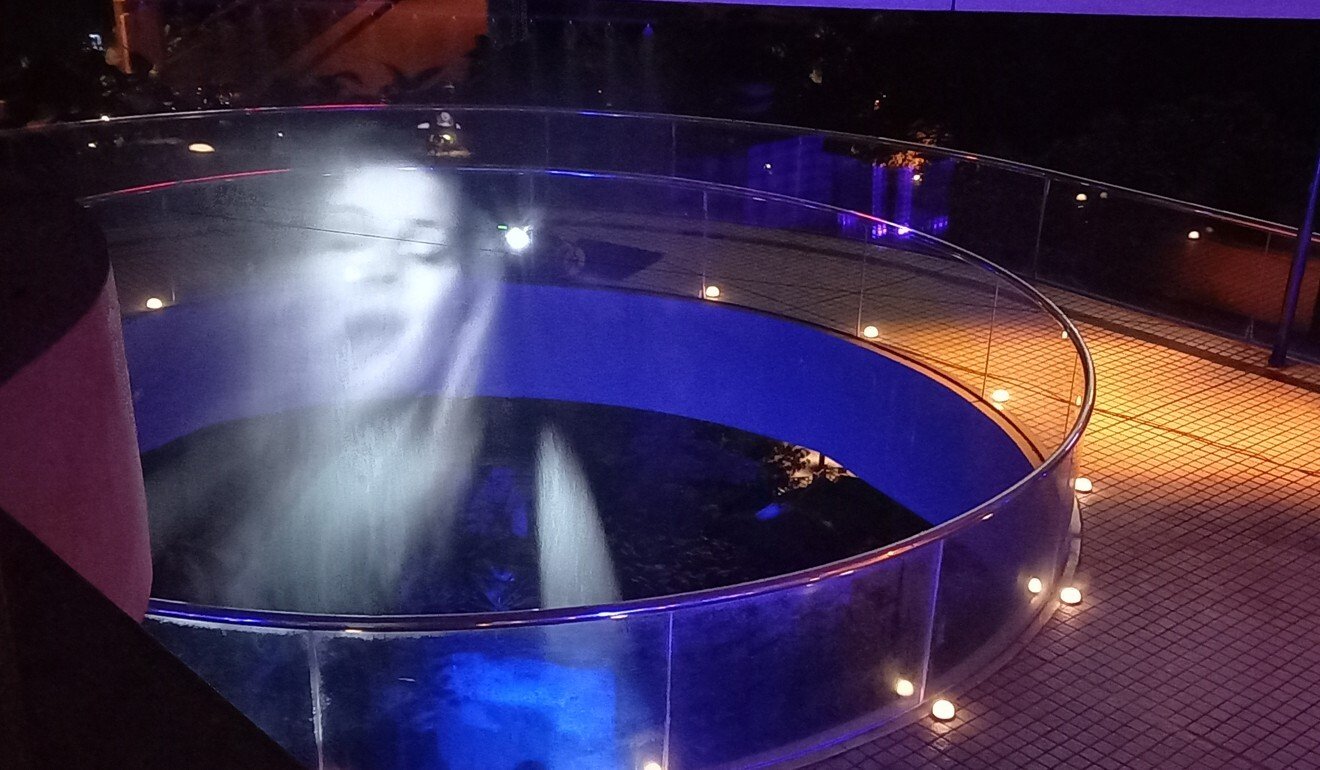 A hologram of one of the Danish Theatre of Voices performers appears on a water vapour screen during the production, Aria.

The audience lastly enters a dark space – or “void”, says Cheung – with fleeting sounds, light and airflow, in the conservatory’s Display Plant House, ahead of the show’s climax.

As viewers step from the conservatory into an outdoor podium, they will see holograms of the Theatre of Voices projected on a big fog screen, made from water vapour, against the backdrop of the city skyline.

“You’re no longer in the rarefied air of the greenhouse,” Birman says. “You’re in the real air of the world, and that’s when we bombard the audience with the heavy stuff.”

Solos by members of Theatre of Voices feature alongside dance sequences, to help leave viewers reflecting on what man has done to the Earth’s environment.

VR can be catalyst for change

While Birman and Ng had planned to create a VR version of Aria before the Covid-19 pandemic, they accept that the show has gained even greater resonance by being staged during the continuing outbreak.

Instead of simply recreating the production using VR, Ng says they wanted to offer a different experience for audience members by capturing unusual perspectives of the greenhouse, which are normally not visible to the naked eye, such as the point of view of an insect or a bird flying above the plants. 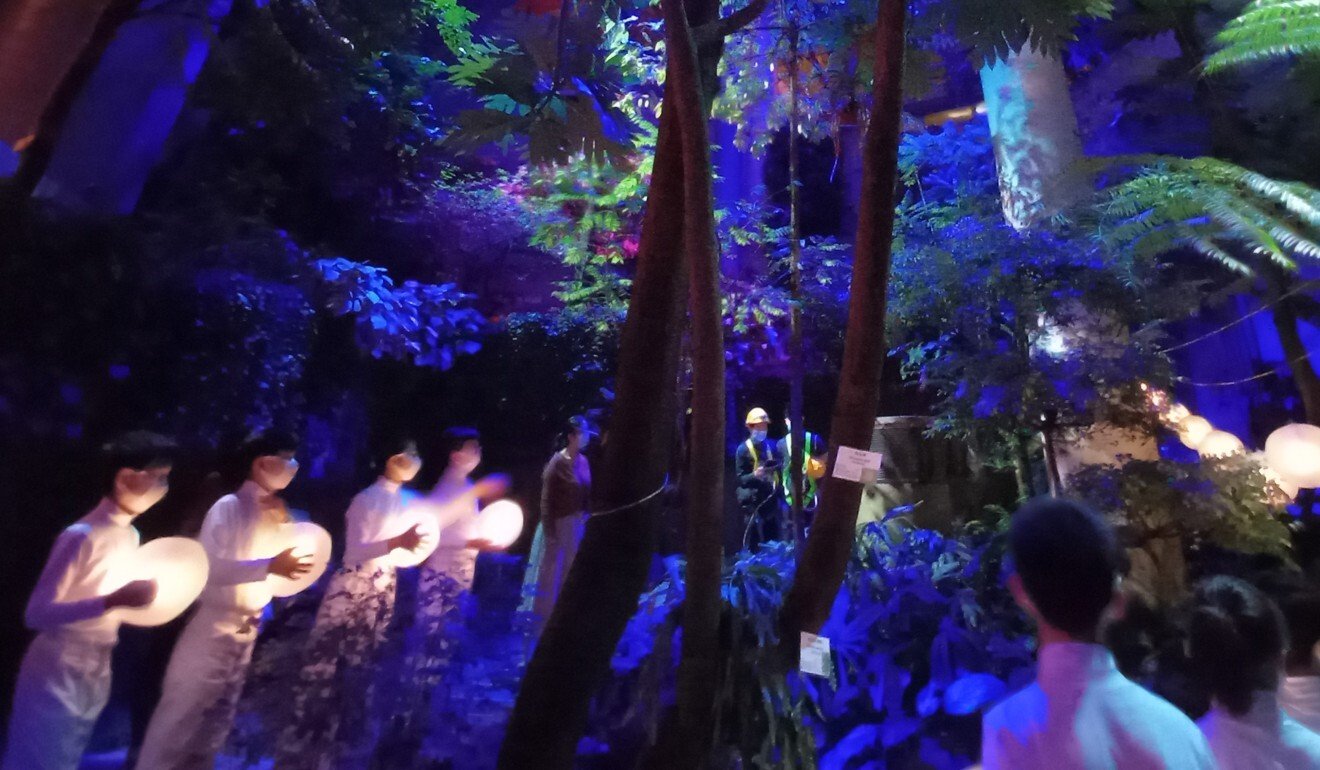 Hong Kong’s virtual reality version of Aria offers a 360-degree perspective of the production, with cameras showing unusual viewpoints, such as that of an insect or a bird in flight.

The show’s producers hope that by choosing to feature Theatre of Voices in hologram form, rather than flying the group to Hong Kong to perform, it will help to emphasise the need for artists, musicians and other performers to reduce air travel and their carbon footprints in future.

“It puts you in a new world, basically, and sometimes that’s what somebody needs, to be completely enveloped in something,” he says.

Aria’s presentation of Hong Kong students’ thoughts about air pollution and the dangers facing the planet through the performances of the children’s choir also echoes recent youth climate change protests, which last year saw four million young people around the globe taking to the streets demanding action to tackle the problems.

Birman says by combining the visceral qualities of VR with children’s voices, Aria has the power to be a catalyst for change.

“Art is one of the few outlets where children’s voices can be heard … it can amplify something that is otherwise very quiet or completely silent,” he says.