Downtown tunnels finally ready to keep sewage out of river

More than a decade after Ottawa city council launched a series of projects aimed at keeping sewage from spilling into the Ottawa River, a massive storage system under the city is finally ready to hold all that dirty water.

Mayor Jim Watson stood at LeBreton Flats Friday afternoon to announce that the $232-million «engineering marvel,» which began construction in 2016, was now ready to store water when the next big storm hits.

The city built a pair of tunnels, 6.2 kilometres in total, and 15 underground chambers capable of holding up to 18 Olympic-sized swimming pools worth of sewage.

One tunnel runs east-west from LeBreton Flats to New Edinburgh, intersecting another that runs north-south along Kent Street from the Queensway to behind the Supreme Court of Canada. 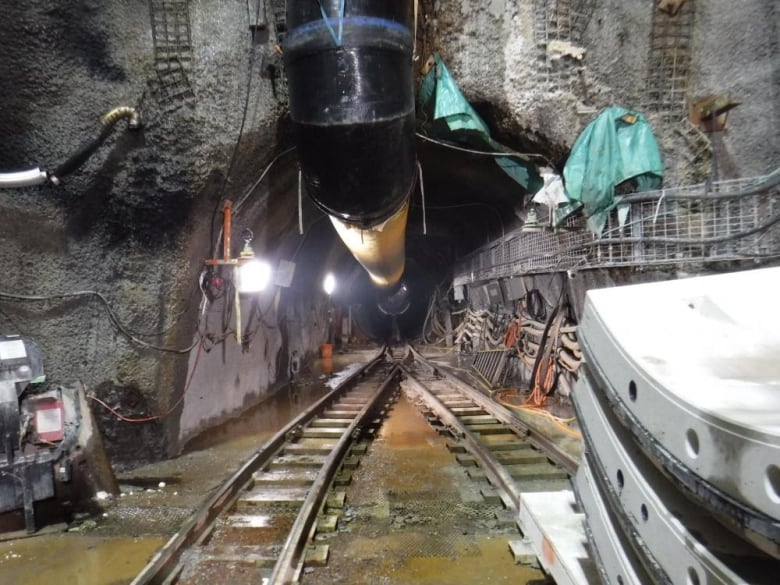 «The [tunnels] will capture and allow proper treatment of surface runoff and wastewater that would otherwise flow untreated into the Ottawa River during very wet weather,» Watson said, thanking federal infrastructure minister Catherine McKenna and Nepean MPP Lisa McLeod for the $62 million their governments each contributed.

The tunnels will also help reduce basement flooding in some low-lying neighbourhoods, like the Glebe and Centretown, and will allow the city to better inspect its existing pipes under the downtown, Watson noted.

The water could also be cleaner next summer at Petrie Island beach, which is downstream from locations where Ottawa’s combined sewage and rain pipes release water to the river.

The sewage storage tunnel is the «cornerstone» of the Ottawa River Action Plan, a set of 17 projects approved by city council in February 2010, said Alain Gonthier, the city’s associate general manager of public works.

Over the years, the city has been working to build pipes to carry sewage and rainwater separately. No longer does Ottawa send sewage into the Ottawa River 70 to 80 times annually, he said.

These storage tunnels will be the final milestone, Gonthier said.

«In a typical year, we’re still having 20 to 30 overflows to the river. They’ve been reduced over the years,» explained Gonthier. «What this is going to do is to reduce it to two or less, so it’s a significant reduction.» 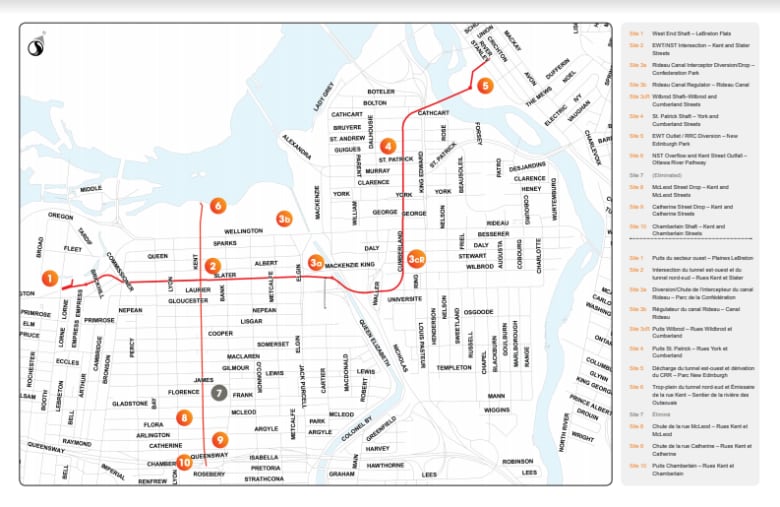 This map shows the path and various construction sites of the forthcoming Combined Sewage Storage Tunnel, intended to prevent sewage overflows from spilling into the Ottawa River. (City of Ottawa)