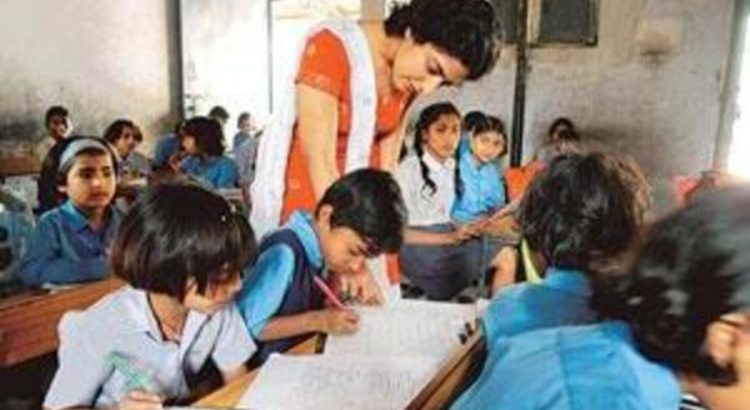 Puducherry has systematically gone about starting pre-primary classes in all its government primary schools. Anyone you ask there, they point to this levelling of the playing field as a key reason for enrolment increases in these schools, and the drop on that metric in private schools. Many teachers in Puducherry, on their own initiative, have expanded the “play-based» and “non-didactic» pedagogical approach of pre-primary classes to primary classes. Both these matters, on which action is visible in Puducherry, pre-empts the draft National Education Policy 2019 (NEP).

Gomathy was teaching class 3 at the Savarirayalu Government Primary School in Puducherry. The students were involved in addition of 3- and 4-digit numbers, working in five groups of five students each. Each group had some locally made (or very low-cost) pedagogical aids to help with the exercise. Observation made it clear that each group had a mix of students based on their comfort with the exercise. Gomathy ensured that students who were at ease with the problems did not dominate the proceedings and helped others who were struggling.

Energy was flowing in the class, with kids racing to their teacher for more problem sheets after finishing one. Gomathy explained how the school’s teachers had collectively decided to adopt a “cohort-teacher» approach, meaning the same teacher teaches a cohort of students all subjects as they progress from class to class, till they move out from primary school. This system is very useful in the early classes, when the basis of learning is primarily the relationship of trust and care between students and teachers. Learning from experience, they had tweaked this system to ensure that no cohort of students is put at a disadvantage by the cohort-teacher’s limitations.

Such vibrant, adequately resourced classrooms, with engaged teachers who have an empathetic relationship with their students, are an integral part of the NEP’s vision. So is the importance of empowerment of schools to take key educational decisions. It also highlights the centrality of the role of teachers, and the importance of “professional learning communities» of teachers.

Gomathy surprised me when she told me that she had translated Chapter 14 (National Research Foundation) of the NEP into Tamil. Her initiative and competence are not limited to school classrooms. She was as a part of a collective civil society exercise to translate the entire 484 pages of the NEP to Tamil. Later in the evening at a consultation meeting on the NEP, I saw the result of this remarkable effort—neatly printed Tamil versions of the Policy. About 40 people were involved in this effort, most of them government school teachers.

Over the course of the next three days, I was in three such meetings across the country, attended mostly by teachers and activists for public education. These were lively discussions. There were several clarifications, many constructive suggestions, a few disagreements, and a widespread acknowledgement of the much-needed transformations of Indian education that the NEP lays out. With hundreds of such points of feedback, the NEP in its final form will surely be significantly improved.

In sharp contrast to such constructive engagement is the reaction of some educationists. Many have read non-existent sections and intentions into the draft. As an example, many have seen the horrors of commercialization and privatization writ in the NEP, despite the painstaking effort of the committee to underline the importance of public education. Others are exhibiting narcissism of small differences. Both sets are being irresponsible to the very causes that they have fought for most of their lives. Because most of these causes, fought and advocated by almost everyone committed to a vibrant public education system, including these educationists, are now integral to the NEP.

Such educationists also seem to be losing sight of the fundamental nature of public policymaking—always an exercise in negotiation and balance between contending perspectives. Education in our country is a tricky battlefield. Any policy initiative that manages to stick to basic principles and succeeds in avoiding egregious mistakes or surrendering to fringe interests is definitely a success. The Kasturirangan committee has done more; while avoiding such mistakes with remarkable diligence, it has actually created a blueprint for what most in education have for decades wished for.

The final word goes to one of the wisest and most competent of public administrators in the country, who wryly commented at the end of a consultation meeting with a large group of powerful people in education, “If so many people with deep vested interests are dead against the NEP, it must be absolutely the right thing to do; let’s implement it immediately.»

Until our public intellectuals of whatever hue, liberal, left, centrist or right leaning, are more thoughtful about the reality of policymaking, are alive to the political moment, and are intellectually non-partisan, policymakers will continue to be very suspicious of experts. And that is not good for society in the long run.

Source of the article: https://www.livemint.com/opinion/columns/opinion-a-play-based-and-non-didactic-approach-to-primary-education-1563384928852.html 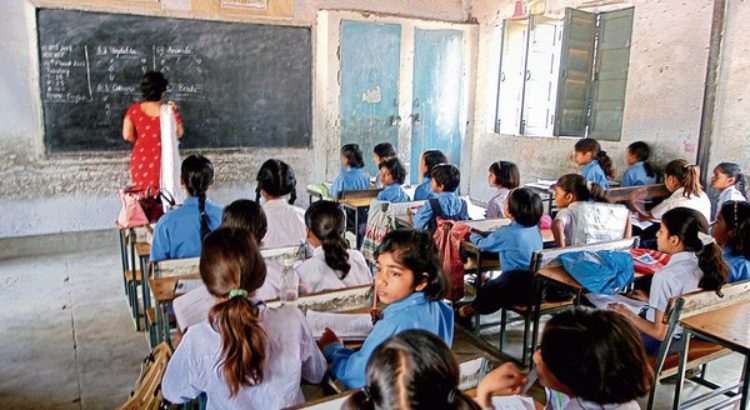 This is the second column in the series, Glimpses Of The Draft National Education Policy (NEP). The draft NEP has received widespread responses, ranging from thoughtful endorsement and insightful critique to good-faith criticism. Some of this is in the public domain, but a lot more seems to be happening in group consultations, feedback to the human resource development ministry, etc. The final policy will be richer for all this. I am extracting some of the salient features of the NEP, with the intent to address some of the issues raised in these responses, but specific knowledge of the responses is not necessary to read through these points.

Government spending on public education must rise from current 10% of national public expenditure to 20% in 10 years. These numbers are rough estimates that indicate the direction and scale of the change required. The NEP is what the name says. It is education policy and cannot substitute the government’s fiscal policy and financial strategy. The NEP highlights the financial needs of education and does not dwell on where the money will come from, which is the business of the state.

The Right to Education Act (RTE), 2009, remains a key bulwark of school education—especially in the context of the strong reaffirmation of the state’s obligation and centrality of public education. If anything, its importance becomes deeper and broader, since the extension of the RTE from age 3 to 18, from the current 6 to 14, is envisioned as a key to enabling early-childhood-education and secondary education. The NEP explicitly endorses the continuation of Continuous Comprehensive Evaluation and the No Detention Policy in schools, taking a stand against the recent (past two years) legislative and other actions that dilute or eliminate these educationally important steps. It also directs action on the stopping of misuses and malpractices, including of 12(1)(c), for example, seeking exemption from the RTE by claiming “minority status», inflating student numbers, misrepresenting the socio-economic background of students, etc. It also calls for improvement of the RTE based on a comprehensive review of the experience of its implementation in the past decade, particularly on the matter of being responsive to local infrastructure needs without compromising safety, security and a wholesome learning environment.

“India» and “Indian» are integrated in many parts of the NEP. Some of these matters are: Indian languages, Indian literature, Indian art, Indian music, Indian knowledge systems, Indian history and context, etc. How could it be otherwise? After all, this is an education policy for India. Especially when it doesn’t do all this at the cost of ignoring the “global/modern». I can appreciate the apprehensions of some: “Is there more to this?» If the NEP text is read with an open mind, it becomes clear that there is nothing more to it than an important and valid commitment to know, understand and value our own society. The NEP takes a clear stand for a scientific temper, critical thinking and associated capacities, and for our constitutional values.

The NEP has the vision to transform the regulation and governance of the education system. Three of the key underpinning principles for this transformation are: transparent public disclosure, maximal empowerment and autonomy for institutions, and separation of roles and powers of regulation, operations, standard-setting, etc. While these principles are common to higher and school education, their manifestations are different. School education would be regulated by a newly created quasi-judicial “State School Regulatory Authority», based on a robust accreditation system, and the states’ Directorate of School Education (or Public Instruction) will only be responsible for running and improving the public schooling system. An illustrative implication of this is, Block Education Officers will have no regulatory powers; they will be responsible only for running and improving public schools. This “accreditation system» is based on, and thus empowering of, local institutions such as peer schools, school management committees and panchayats.

I have had the privilege of a ringside view of the evolution of the NEP. That gives me confidence that the draft will be enriched and revised by the constructive responses to it. Some of those responses will be the topic of the third piece in this series. I have also seen negative reactions to it. Many of these are born of a deep scepticism that committees can do their work unhindered and uninfluenced. Clearly, the final test of any policy is in its implementation, but it is important to suspend such judgement and disbelief. The NEP offers ample energy for that optimism.

Source of the article: https://www.livemint.com/ 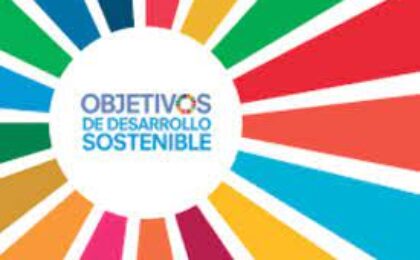 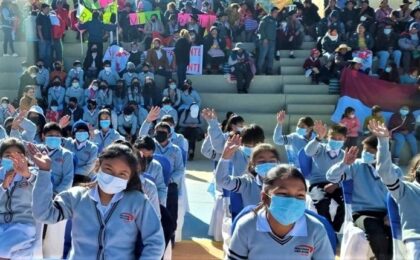 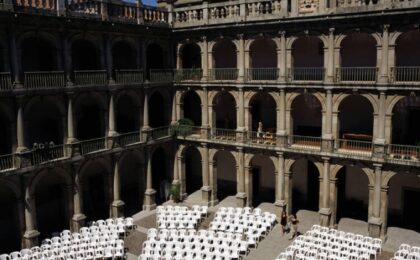 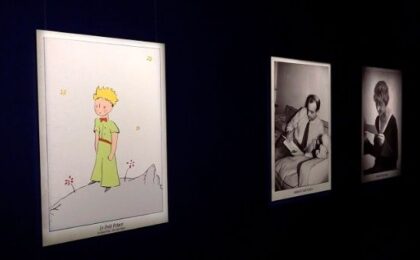 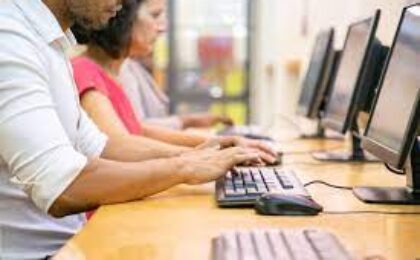 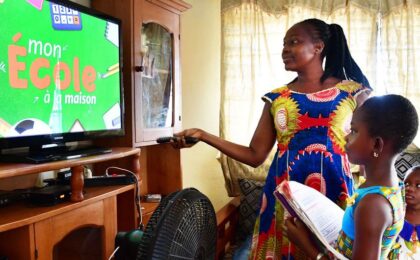 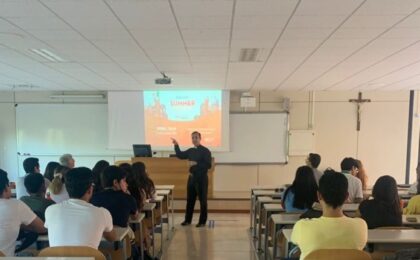