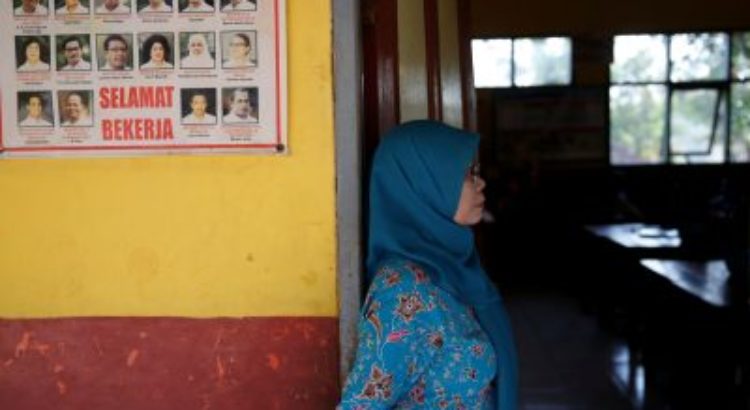 Indonesia’s education system is paralysed by its macro-policy coordination.

Law No. 23/2014 on Local Government stipulates that the recruitment, payment, training, deployment and promotion of teachers across district and provincial boundaries fall under the central government’s jurisdiction, while local governments are only tasked with deploying teachers within their administrative boundaries.

But despite the central government’s more muscular administrative powers, it is not clear which ministry is in charge of managing Indonesia’s public school teachers. Under the current system, the Ministry of Education and Culture (MoEC) is responsible for non-religious education-related matters, while regulating state teachers in madrasa institutions falls under the jurisdiction of the Ministry of Religious Affairs (MoRA). But there has been a recent push to place public school teachers under the management of the Ministry of Administrative and Bureaucratic Reform (MoABR) — the ministry responsible for recruiting Indonesia’s civil servants.

How can we ensure equality in teaching standards if there is no clear line of responsibility for managing Indonesia’s educators?

Prioritising a higher quality of education is crucial. The MoEC is mostly concerned with equalising opportunities and resources between every province and district rather than cultivating a generation of quality educators or amending its curriculum to be on par with global standards. As a result, education policy usually concentrates on ways to equalise opportunities in varying local contexts. The latest example is the nationwide shift in school admissions for public secondary schools from competitive exams to geographic zoning which was first implemented in 2017.

Indonesia’s public schools are stratified based on academic performance — better test scores attract more students with stronger academic aptitude, as well as bigger budgets. This competitive-entry system entrenches ‘favourite schools’ known for supposedly producing smarter graduates. Parents compete to send their children to such schools, as this can open pathways for further scholarships and opportunities.

The zoning policy was introduced with the explicit aim to desegregate public schools and to give studentsequal opportunity for quality education. But its execution was deeply flawed.

The MoEC air-dropped the zoning policy on local governments without any detailed guidance on how to implement it. Chaos ensued — teachers complained that they had to quickly change their teaching style to accommodate a more academically diverse cohort, parents were furious that their children were no longer eligible for favourite schools and students were shocked by the diversity of their peers.

The MoEC simply ignored these concerns and insisted on local government compliance — lest local officials be demoted or exiled. While local governments have the ability to determine their own goals and set local agendas, they are still tied to the MoEC when it comes to education systems overhaul.

Still, some areas successfully adapted the zoning policy. In Yogyakarta, for example, this was achieved by breaking admissions into tranches based on zoning, academic performance and special circumstances. But Yogyakarta is a rare case because its community places particularly high social value on education.

Add to the mix a more educated community, competent policymakers and a public willing to experiment for better education policy implementation, and there was strong local support for Yogyakarta’s municipal government to adapt the zoning policy to suit its needs. Few local governments have the will or the capacity to take such initiative.

Indonesia’s education policy will not be rectified simply by paring back central government control over local jurisdictions. But relying solely on central government intervention could undermine current good practice, because no two provinces, districts or cities are alike. Instead, the centre must build human capital in the provinces and give them sufficient resources to carry out their local agendas.

The MoEC must begin by improving its teacher recruitment and deployment system. Indonesia is still lacking teachers. Teachers are not deployed evenly across the country. But focusing on quantity alone risks creating an oversupply of under-managed teachers.

The MoEC should also look at overhauling its teaching quality assurance system to make sure teachers are well-qualified for their position and are provided with sufficient support for continuous professional development. Current programs that monitor teaching quality often miss the mark because their training curriculum tends to contradict monitoring requirements. This leads to policy implementation confusion at best, and at worst, millions of undereducated Indonesians.

The way forward is to learn from local governments’ experiences and tease out elements of success. Asuccessful decentralisation requires leadership from the smallest levels of the government up — not the other way around.

Source of the notice: https://www.eastasiaforum.org/2019/10/18/indonesias-teachers-need-a-smarter-education-system/