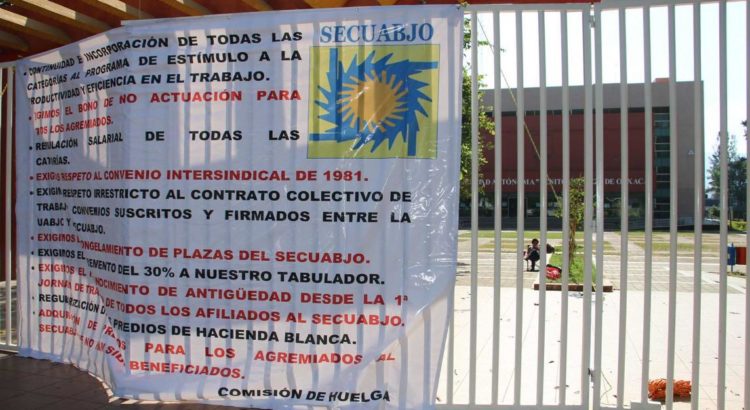 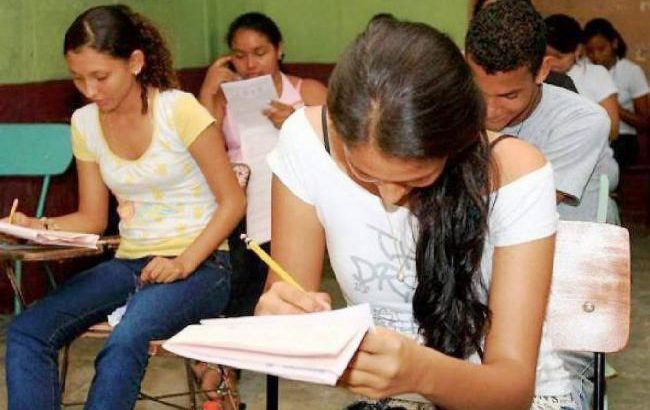 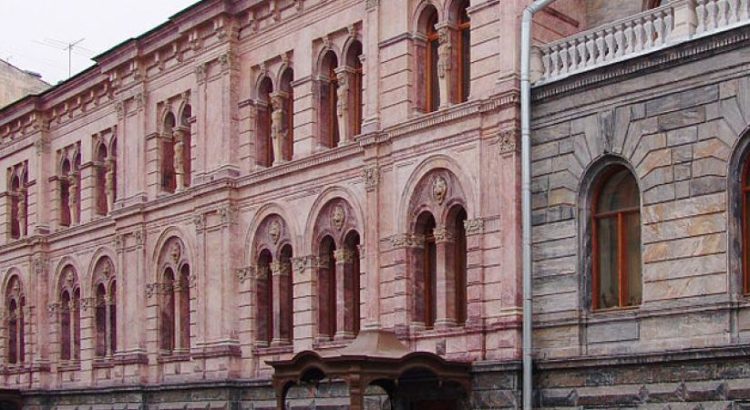 For the European University in St Petersburg, each day is about survival. It has been this way for some time.

The private and internationally-backed postgraduate school has been a target of lawmakers for over a decade, in what critics claim is a complicated plot to stifle independent points of view, take ownership of a historic building, and stamp out western influences.

“It’s a collection of different players who have come together to crush it,” says Dmitry Dubrovsky, associate research fellow at the Centre of Independent Social Research in St Petersburg, and a former student of the university. “They are doing this with the aid of the rule of law and the Russian bureaucratic machine.”

The university, which has 100 staff and 260 students, has consistently rated among the top institutes in Russia, and is one of only a few non-state institutes qualified by the Ministry of Education to award degrees.

But after losing its teaching licence this year, followed by a forced removal from its premises and then the departure of its rector, action against the university now seems to have entered a final stage.

On 5 September, the school applied for a new licence to operate; if it is not approved before November 1, the university will not be able to enrol students for the new term.

Having witnessed what he calls a “political attack” on the university play out for years, professor of political science, Grigorii Golosov, is pessimistic about his university’s chances of surviving.

“I feel less optimistic than ever that we can [survive]. We have lost virtually everything we could lose: our rector, our licence and our building. We are dealing with a tremendous machine. We’re dealing with something nobody understands,” Golosov said.

The problems began with a series of snap inspections by authorities last summer.

Officials say the university has violated up to 120 rules and regulations, such as one which says that universities of a certain size in Russia must have a gym. The university’s failure to display anti-alcohol leaflets was another infraction.

It was a notable step up in pressure, which has been building for the past decade. The university first found itself in controversy in 2007 when it received a €700,000 grant from the European Commission for a project to improve election monitoring in Russia. Soon afterwards the university was shut for six weeks after failing a fire safety inspection.

Golosov says Russian president Vladimir Putin was personally involved in shuttering the university. “This was more or less transparent – not fully transparent though, because nothing is in contemporary Russia,” he said.

The Russian government did not respond to repeated requests for comment.

After it reopened, the university fell into the local government’s crosshairs for offering a class on gender studies. Vitaly Milonov, an ultra-conservative member of parliament who rose to prominence after proposing  an ‘anti-gay propaganda’ law to prohibit teaching children about “non-traditional sexual relations», lodged an official complaint against the university.

Despite attempts to rectify flaws found by officials, the university lost a court battle to hold onto its teaching licence. Over the summer, the university also had rights to its home in the famous Small Marble Palace taken away.

Officials are killing the university on technicalities, Golosov said. “They are smart people – they cannot be seen to be closing a university for political purposes. It was too blatant when we were closed in 2008, and they faced a backlash. Lessons have been learned.”

Since the university’s failed appeal in the courts, the rector, Oleg Kharkordin, has stepped down and been replaced by Nikolai Vakhtin.

Vakhtin said bureaucratisation of education in Russia has reached an unprecedented level. “Universities are losing their academic freedom not because there is ideological pressure but for the simple reason that literally every lecture and every seminar is regulated by federal standards. I hope that the ministry realises this and will stop following this road which, I am convinced, is a dead-end,” Vakhtin told Science|Business.

Reactions from academics and experts inside and outside Russia to the university’s predicament range from alarm to outrage.

Despite Vakhtin’s comments about bureaucratisation, it is hard to uncover the true motivations behind the various inspections and attacks.

Dubrovsky, who in 2015 was fired from St. Petersburg State University’s Smolny College, in what was seen by many academics as a politically driven move, believes the dispute has been primarily about occupying the Small Marble Palace.

Golosov agrees that the goal for “some of the players in the game” was to take over the prized palace, a pink and grey marble architectural gem.

For others, the motive is political. “They are looking for an excuse to shut it down,” said Michael Khodarkovsky, a professor of history at Loyola University Chicago, who was born in the Soviet Union. “They have been looking for one for a decade and they will find any one they can. It’s the usual, cynical way of pursuing nasty goals.”

There has been a crackdown on critics in recent years. In 2014, two scholars were sacked for speaking out against Russia’s invasion of Crimea. In the same year, the authorities removed more than half of the previously approved school textbooks from the country’s classrooms, leaving much of the market in the hands of a publisher owned by a close associate of Putin.

“The open, independent learning environment the European University projects within Russia…may [be] an additional reason for the university to come under fire,” says Daniel Munier, an advocacy and communications officer with Scholars at Risk Network, which has opened a file on the case.

The government’s repressive machine is working harder now, Khodarkovsky said, in the run-up to the presidential election next March. “This is about sending a message of warning to cultural elites,” he said.

The Russian government may also be sending a message to the Open Society Foundation headed by Hungarian-American billionaire financier George Soros, which has contributed funding to the European University.

Soros, a major funder of programmes that aim to promote democracy, human rights and the rule of law, has long been a bête noire of the Kremlin, who see him as puppet master in a plot to install pro-western governments in the Balkans and Central Europe.

According to Anna Kowalczyk, a spokeswoman for the Open Society, the foundation gave over $27 million to the university between 1996 and 2015. The Russian government classified the foundation as an “undesirable” organisation in 2015 and banned it from disbursing grants to Russian partners.

The justification for the move was that it is necessary to stop foreign governments from interfering in Russia’s internal affairs.

There are some parallels between the political situations both universities find themselves in, observes Mikhail Krom, professor of history at the European University.

“The same nationalist and populist forces are at work in both countries, but the similarities do not extend much further. Central European University can benefit from EU pressure, for example.”

“Here the media or opposition politicians don’t exert any influence on the Russian president,” Krom said. “Politics in St. Petersburg is completely passive, the orders come from Moscow.”

Despite the considerable threat hanging over the university, faculty have found a way to keep going.

“We are under psychological pressure,” said Krom. “I feel trouble and pressure, but I’m trying to move forward. I just finished a book. I just went to a conference in Helsinki. We are carrying on with some hope.”

Under the forthcoming events section of the university’s website, is a message that simply reads, “Stay tuned”.

Even without its teaching licence, the institute can survive in some form, Krom hopes, perhaps as a scientific hub that hosts conferences. Since losing its premises, the university has moved into a new building. “It’s more modest,” said Krom.

As the university staggers on, Golosov is still searching for some truth, but is not finding it. “A lot of theories can be proposed as to why we are here, but in the end nobody can prove them,” he said. “This is Russia: officials can simply say it is because we didn’t have a gym.” 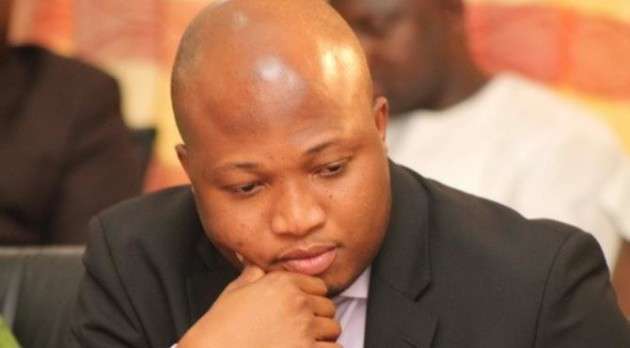 The former Minister of Education in charge of tertiary education, Samuel Ablakwa Okudzeto, has said the free education programme of the government will collapse secondary education in the country.

He said funding for the programme is not adequate and that many of the second cycle schools lack basic infrastructure.

According to him: “There is a report that says we should begin to target rather than this wholistic approach in providing free education. I think this is the time to look at those studies dispassionately and objectively because I think it is a very sensible argument.”

“Instead of the government would target the vulnerable, and I have said that are we sure that the wards of members of parliament, ministers of state, the governor of the central bank, managing directors, top chief executives, all the middle class and all of that, are we sure their children need free education,” he quizzed.

The government has announced that the free SHS programme will start in September 2017 with first year students.

It has also announced as part of the policy that 30 percent admission into elite schools will be reserved for students in public schools.

And on the funding, president Nana Akufo-Addo has said Ghana’s oil revenue will be used to fund the Free Senior High School programme.

“Are we sure they would be proud that government is paying fees for their children. Meanwhile, at this same time, we have people in the second year and the third year who are in the vulnerable category and run the risk that they can drop out of school.

He accused the government of making continuing students worse off by starting the programme with only first year students.”

According to him, the Mahama administration provided support for all secondary school students and that the support has been withdrawn. 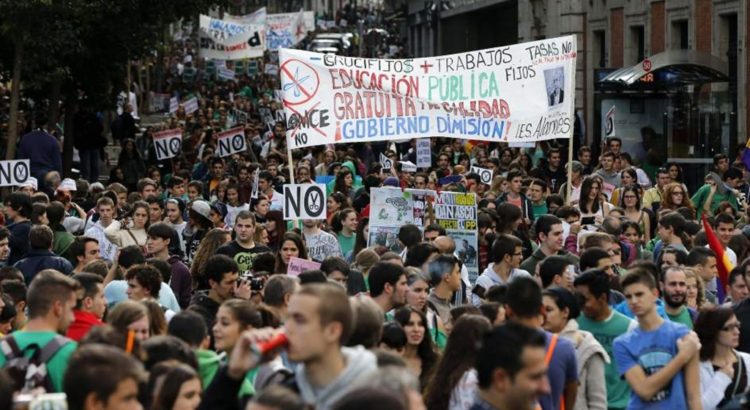 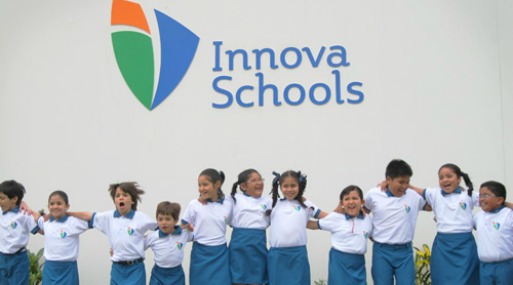