In a Land Dominated by Ex-Rebels, Kosovo Women Find Power at the Ballot Box

PODUJEVA, Kosovo — Saranda Bogujevci gazed without flinching at a cluster of bullet holes left in the garden wall by a massacre two decades ago that wiped out most of her family and put 16 rounds into her own body.

She said her mind had erased visual memories of the slaughter by the Scorpions, a Serb paramilitary unit. But, she said, “I can still smell the earth mixed with the smell of blood.”

Ms. Bogujevci’s against-the-odds survival — she was left for dead in a heap of bodies in her neighbor’s garden — and her subsequent determination to testify against the men who murdered her mother, grandmother, two brothers and four other relatives have made her a symbol of uncommon fortitude in Kosovo, a land still scarred by the traumas of war in the 1990s.

But Ms. Bogujevci, 35, is far more than a symbol. She is part of an unlikely wave of women being elected to Parliament in Kosovo, which declared independence in 2008, but remains one of the poorest countries in Europe. When final results of a Feb. 14 election were finally announced on Thursday in Pristina, the capital, they showed that women had won more seats in Parliament than ever before — nearly 40 percent of the total.

That surge reflects growing discontent with the endemic corruption and bullying ways of a postwar order dominated by swaggering male veterans of the Kosovo Liberation Army, the now disbanded guerrilla force that battled Serbia and paved the way for Kosovo’s declaration of independence.

These elected women have convinced voters that they can stand up to Serbia, which has refused to recognize Kosovo as an independent state, and also confront the corruption, criminality and poor governance that dashed the high hopes that attended the end of Serbian rule. 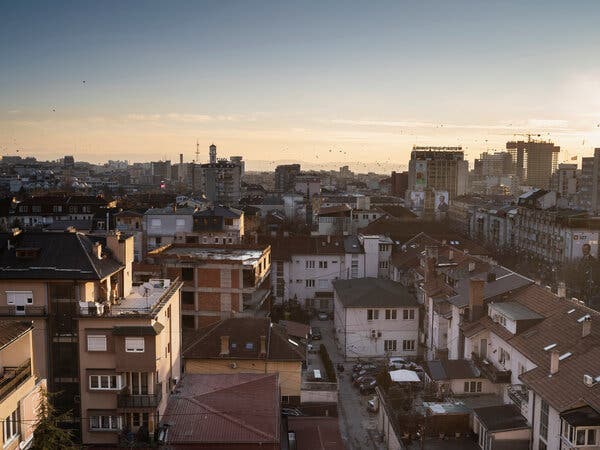 Nazlie Bala, a women’s activist who was a K.L.A. helper during the war, said Ms. Bogujevci’s strength and resolve had made her an emblem of Kosovo’s ordeals and hopes: “She is a survivor. She is strong as stone. She is our truth.”

As Ms. Bogujevci takes her place in the new legislature, which will select Kosovo’s president, she wants to see that job, the country’s highest office, go to another woman and fellow wartime survivor, Vjosa Osmani, 38.

Ms. Osmani — who has been acting president since November, when the male incumbent was arrested on war crimes charges — is expected to be selected outright in coming days. Ms. Osmani, who ran for election on the same ticket as Ms. Bogujevci, won more votes than any other candidate — and also more votes than anyone else since Kosovo started holding elections two decades ago.

Her appeal is particularly strong among young people and women, more than 60 percent of whom, according to exit polls, voted for a slate of candidates that she led along with Albin Kurti, a longtime champion of progressive causes. 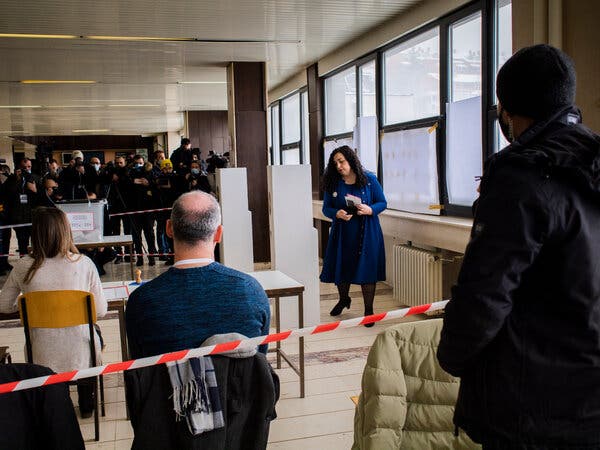 When Ms. Osmani fled as a young girl with her parents from their home in northern Kosovo in 1999 to escape pogroms of ethnic Albanians, they were stopped on the road by Serbian soldiers who threatened to kill her father. She had a gun barrel thrust into her mouth when she protested.

Such traumas, she said, “touched every family in Kosovo” and help explain public anger and frustration over the country’s stumbling postwar progress.

Her performance in the election, Ms. Osmani said in an interview, shows that “Kosovo is not only ready for a female president, but voted for one,” despite entrenched misogyny and a “patriarchal mentality built up over centuries.”

Ms. Osmani was thrust into a leadership role in November when Kosovo’s president, the veteran guerrilla commander Hashim Thaci, resigned and was then detained to face war crimes charges at a tribunal in the Netherlands. She took over as acting president because of her position as speaker of Parliament.

As speaker, Ms. Osmani was regularly insulted and threatened by male rivals. When she disconnected the microphone of an unruly legislator last year, he stormed up to her, screaming curses. A video of the incident circulated online, convincing even skeptics that Ms. Osmani, an expert in international law and former professor at the University of Pittsburgh, could hold her own and bring real change.

“This made me realize that we had a chance, that she is not just bargaining for power and will stand up for herself and all of us,” said Elife Krasniqi, a Kosovar anthropologist who researches Balkan women’s movements at the University of Graz in Austria. 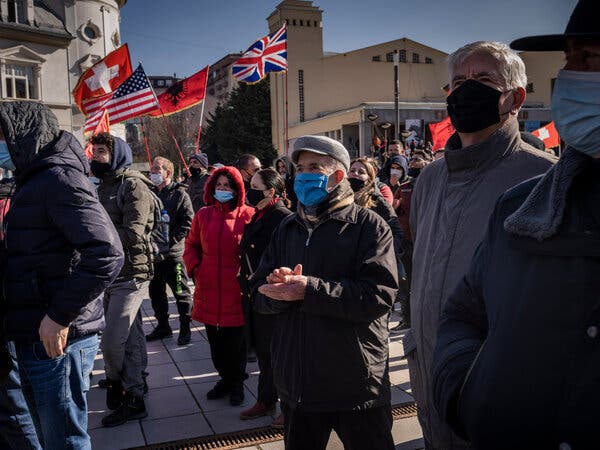 A rival would-be president, Ramush Haradinaj, a wartime K.L.A. commander and former nightclub bouncer, said during the campaign that Serbia would cheer if Ms. Osmani were selected because it feared a strong male leader like himself, preferring a “weak woman.”

An ally of Mr. Haradinaj’s derided Ms. Osmani as a “fat woman.” After a public uproar, he said that he had been misunderstood and that he had meant she was “fat in the brain.”

Such appeals to macho sentiments did not help in the election: Mr. Haradinaj’s party won only 7 percent of the vote.

The challenges facing the new female lawmakers are immense. Corruption is rampant, inequality huge and development scarce. Nearly a third of the population is unemployed, with a jobless rate at over 50 percent for young people and 80 percent for women, by some counts. Ms. Bala, the activist, said that while 60 percent of university graduates each year are women, 70 percent of job offers go to men.

Many of the female candidates explicitly targeted those issues in their campaigning.

Doarsa Kica, a 30-year-old lawyer, gave up her job to run on an anticorruption platform, citing encounters in court with corrupt judges and anger at politicians “who live in million-dollar houses when they only have a $1,000 monthly salary.” Ms. Kica joined the ticket of Ms. Osmani, her former professor at Pristina University, and won a seat. 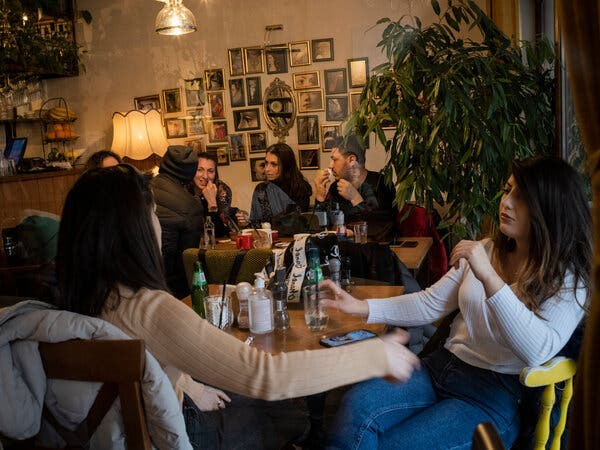 The emergence of women in Kosovo politics has been a long, painful process.

Kosovo has had one female president, but that was the result of a back-room deal engineered by the United States, which led a NATO bombing campaign that broke Serbia’s grip on the territory in 1999 and has since played a major role in its affairs.

The United Nations, which administered Kosovo for nearly a decade after the war, also imposed a quota system in 2000 that guaranteed women 30 percent of the seats in Parliament.

The emergence of women in Kosovo politics has been a long, painful process.

Kosovo has had one female president, but that was the result of a back-room deal engineered by the United States, which led a NATO bombing campaign that broke Serbia’s grip on the territory in 1999 and has since played a major role in its affairs.

The United Nations, which administered Kosovo for nearly a decade after the war, also imposed a quota system in 2000 that guaranteed women 30 percent of the seats in Parliament.

But with voters now accustomed to women in Parliament and disenchanted with many male politicians, female candidates are winning representation outright. Ms. Bogujevci, for instance, first entered Parliament in 2017 under the quota system but, after doubling her vote count on Feb. 14, won on her own.

Igballe Rogova, a women’s rights activist, said voters were now looking at female candidates “not as quota women, but as politicians who make promises and keep them and deserve votes.”

Mr. Kurti, who leads a center-left party that joined forces with Ms. Osmani, has a strong record of promoting women. Briefly prime minister last year, he put women in charge of a third of Kosovo’s ministries. Previous governments appointed just one or none.

The joint election ticket he headed with Ms. Osmani pledged that all state agencies and enterprises would be ordered to enforce hiring equality. Governments dominated by former K.L.A. commanders had for years resisted giving women who had fought in the war the status and pensions accorded to male fighters.

Ms. Bala, the activist, who carried a gun in the war, said that many women had taken part in the armed struggle against Serbian forces but were later written out of the script. “A myth was created that only men are strong and can fight,” she said.

Another fraught issue has been whether rape survivors, of which there were thousands during the war, should be recognized as war victims entitled to a monthly government stipend. 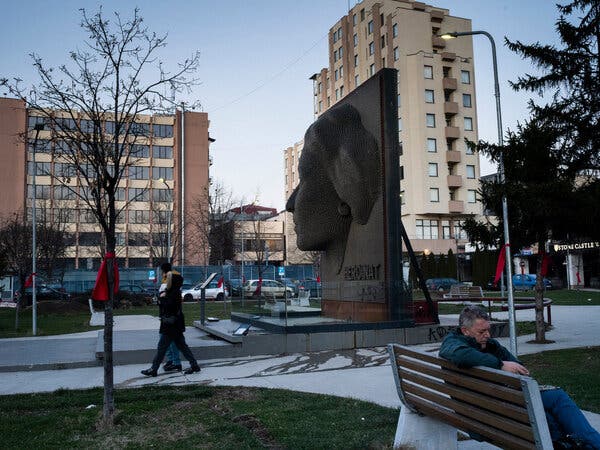 Legislation allowing rape survivors to apply for compensation was passed in 2014 after intense lobbying by Ms. Osmani. That was despite demands from some male legislators that women who had been raped in the 1990s get a medical certificate from a doctor — more than 20 years later — to prove that they were not lying.

Such demands, Ms. Osmani said, were “ridiculous and very insulting toward women.”

Ms. Bogujevci’s road to Parliament was also a long one. “I always said I would never enter politics,” she said in an interview in her family’s hometown, Podujeva.

She was flown to Britain for medical treatment soon after the fighting ended, and spent nearly 15 years building a new life in Manchester in the north of England, but started making increasingly frequent trips back to her home region.

She testified against her family’s killers before a court in Belgrade, the capital of Serbia, and exhibited an art display she had created chronicling her family’s story. She has now moved back to Kosovo, where strangers stop her on the street to voice admiration and support.

Like most Kosovo towns, Podujeva has a hulking war monument in its center featuring statues of burly men with guns. When Ms. Bogujevci visited before the election, however, she immediately became the center of attention, thronged by well-wishers.

Bokim Gashe, standing in the snow outside his wife’s tailoring business, said he would “of course” vote for her.

“She is stronger than all the men around here,” he said.