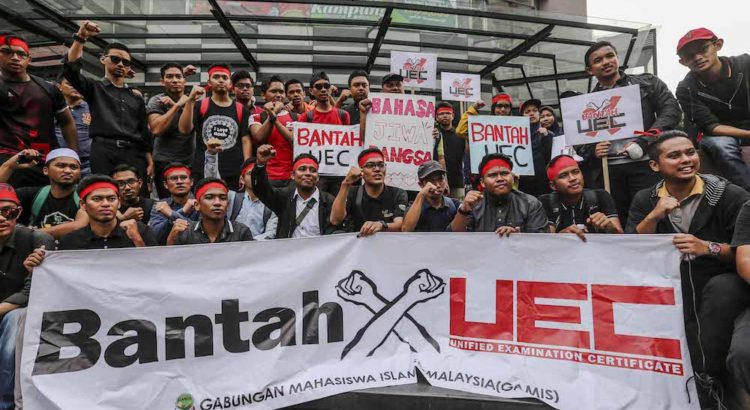 Some 400 students demonstrated in the city centre here today against the government’s possible move to recognise the Unified Examination Certificate (UEC) in Chinese independent schools.

“UEC could worsen national unity. The different use of language could lead to segregation among the races.

“As a people of different religions, views and culture, the use of the national language is what ties us together, he said.

Gamis deputy president Imran Baharuddin also voiced his concern about the recognition of UEC, claiming that it would further polarise the nation.

The rally also aimed to show support to Education Minister Maszlee Malik, whom Faizzuddin said might have been pressured to recognise the UEC.

“We also want to show our support to the education minister. Don’t be afraid as we are with you, as well as 7,000 other students who have voiced their support for you,’’ said Faizzudin.

Faizzuddin said the protest went without a hitch, though there were a few incidents of protesters being forcefully pushed by unknown parties.

A special branch officer on the ground who observed the protest verified that there were some 400 protestors and no untoward incidents were recorded. 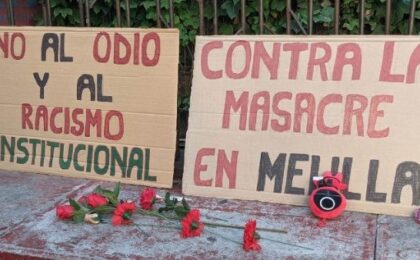 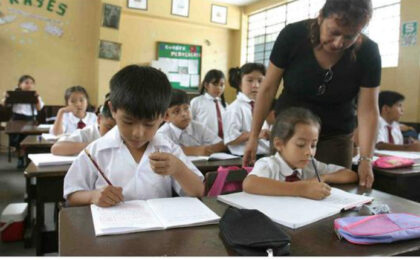 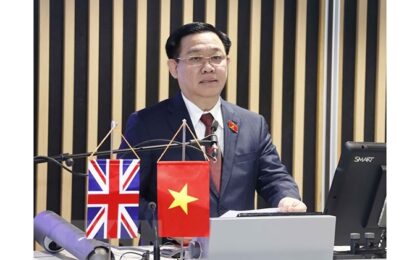 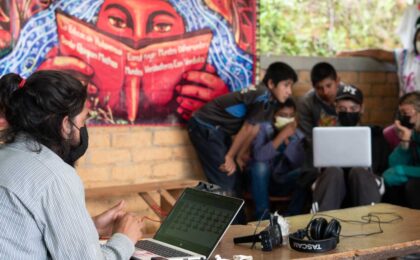