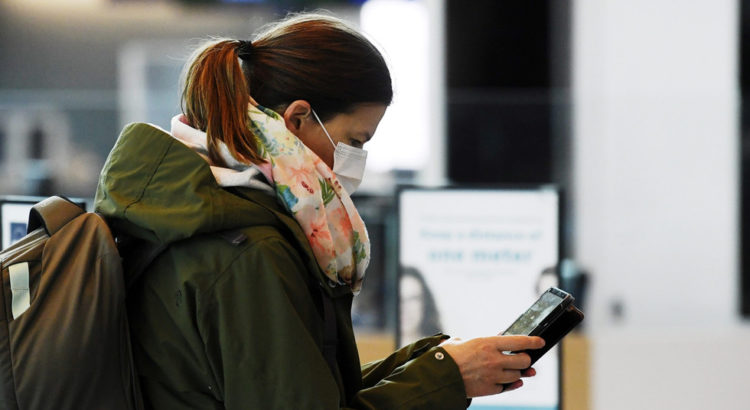 Police can’t catch everyone violating lockdown orders, but your smartphone can. Various apps give information to third parties who share it with other people who you may not want to trace you.

The US is split on how and when to lift lockdown measures. Georgia, for instance, has been reopening since last month, while the city of Los Angeles will likely force its citizens to stay at home until August, officials said on Tuesday.

Discontent with these measures has grown. Californians upset with their canceled summer have warned of the potential for riots, a warning that looks realistic after crowds of sun worshippers descended onto Orange County’s closed beaches earlier this month, in defiance of the armed police enforcing their closure. From Michigan to Massachusetts, protesters have picketed statehouses across the country, demanding their governors end the lockdown.

Amid the protests and debate, big tech is keeping a watchful eye on just how closely Americans are following the rules, and the media is watching too.

A New York Times report on Tuesday revealed that in both open and closed states, Americans are starting to venture further from their homes again. To arrive at this conclusion, the Times pored over the cellphone data of 15 million American citizens. Movement data gleaned from their smartphones was plotted against census data to calculate what percentage of people were wandering.

Implicit in the article was the shaming of those people leaving their homes. Citing “experts,” the Times noted that increased movement could lead to “additional waves in new coronavirus infections and deaths,” and reminded readers that “social distancing has proven one of the most effective means to curb the spread of the virus.”

If readers don’t remember giving the New York Times permission to track their movements, that’s because they didn’t. Rather, the data was provided by Cuebiq, an “offline intelligence and measurement company” that’s amassed a value of up to $162 million by gathering and selling cellphone data to advertisers.

Smartphone users didn’t offer this data directly to Cuebiq either. Instead, when a person installs one of around 180 mobile apps partnered up with the firm, they grant the app permission to send their data to Cuebiq. These apps include MyRadar NOAA Weather Radar, Photobucket, Tapatalk, and several popular coupon apps.

According to several reports by TechCrunch and the Guardian in 2018, these apps give “little to no mention” that sensitive data will be shared with third parties like Cuebiq.

Cuebiq’s website is a repository of Silicon Valley evangelism. Under its stated mission of “data for good,” the firm says that it provides access to location data “to the scientific community in order to share our insights and create positive action in the service of humanity.”

However, behind the humanitarian front, Cuebiq is first and foremost a money-making enterprise. Retailers, for instance, pay the firm to track the offline behavior of potential customers who’ve seen their ads. Corporations of all kinds pay to know which customers are likely to buy their products, based on their offline behavior.

Naturally, the idea that a hidden opt-in clause is all that prevents a person being analyzed, tracked, broken down into data points and sold, has raised privacy concerns. The New York Times even addressed these last month when tech writer Jennifer Valentino-DeVries discussed her use of Cuebiq’s data.

Valentino-DeVries waved away these concerns. Even though she admitted that this data is “intrusive” and far from “anonymous,” she argued that privacy is less important in the midst of a “public health crisis.”

Readers, however, might disagree. Likewise, if corporations can use data gathered by firms like Cuebiq to predict consumer behavior as accurately as the firm boasts, it follows that such data should not be handed over to media outlets, and potentially state actors, without at least a public debate.

Still, as long as users continue to swipe through app permissions, these companies will continue to turn a buck at the expense of privacy.

Cubeiq is not the only firm to direct its data-gathering powers at the coronavirus issue. Norwegian startup Unacast, whose bread and butter is audience analysis, has launched an Orwellian-sounding ‘Social Distancing Scoreboard’ that rates every US state and county on how obediently its citizens are following the lockdown rules.