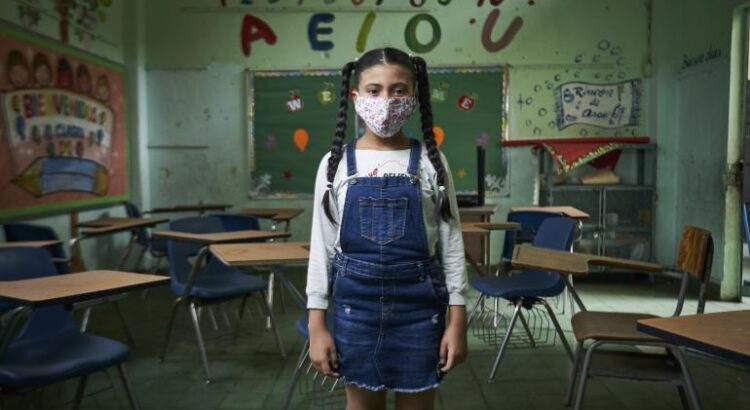 On September 1, estimates jointly released by the UNESCO Institute for Statistics (UIS) and the Global Education Monitoring Report showed that there were 244 million children out-of-school in 2021, continuing a slow but downward trend in the order of about 3 million per year. The estimates were based on a new methodology, which combines administrative and survey data, to fill gaps and generate consistent long-term regional and global trends.

However, while the model improves our understanding of the past, it is not as sensitive to unusual events, such as COVID-19, the largest education crisis in recent memory. The model includes administrative data from the 2021 school year, but its structure requires information over several years to capture the impact of sudden disruption to long-term trends.

The 2021 administrative data were released by the UIS in mid-September and allow a valuable first comparison with pre-pandemic values in 2019 (or, where this was not possible, 2017 and 2018). Data are available for up to 44 mostly low- and middle-income countries. This may not be a sufficiently representative sample, but it represents a range of experiences with school closures: the median share of instruction days that schools were fully open between March 2020 and October 2021 was 40%, ranging from 4% in El Salvador to 100% in Belarus.

Overall, the direction of change is somewhat counterintuitive. Children of primary school age would be more likely to return to school after the disruption, given that enrolment is almost universal in most countries in the world; by contrast, the impact would have been expected to be stronger and adverse among youth of upper secondary school age who might be under more pressure to either enter the labour market or to marry and have children – and are the most vulnerable to delays in their schooling trajectory.

The fact that this pattern is not observed in the 2021 data may be related to two reasons. First, not only schools but also data collection systems have been disrupted by the pandemic, which explains the relatively small number of countries reporting. Data collection efforts have struggled with changes in participation modes (distant or hybrid) and with mobility restrictions applied in many countries to mitigate the spread of the virus. Such challenges may also lead to problems of interpretation for 2021 enrolment data, given that schools in many countries were still partially or fully closed. Second, the period examined is very short and more data will be needed to have a clearer picture of the impact.

Can the change in out-of-school rates be related to school closures?

A key question is whether these changes, which are modest in general but sizeable in some countries, can be related to the duration of school closures. To answer this question, the out-of-school rates were correlated with the UIS’ Global monitoring of school closures caused by COVID-19 database.

Generally, long school closure durations in some countries are associated with a wide range of changes in out-of-school rates. For example, among countries where schools were fully open for less than 10% of instruction days between March 2020 and October 2021, the primary out-of-school rate fell by 1.3 percentage points in Guatemala but increased by 6.6 percentage points in the Dominican Republic. Overall, out-of-school rates have been more likely to increase with longer (partial or full) school closures in primary and lower secondary education, but the relationship is weak, and it is not present in upper secondary education.

More data will be needed in the coming years. The effects of COVID-19 are multiple and will take time to run their course: they include reduced learning, increased poverty, and worse health. Early school leaving might increase, as these factors combine to generate their compounded effect.

The post What is the emerging evidence on the impact of the pandemic on out-of-school rates?  appeared first on World Education Blog.