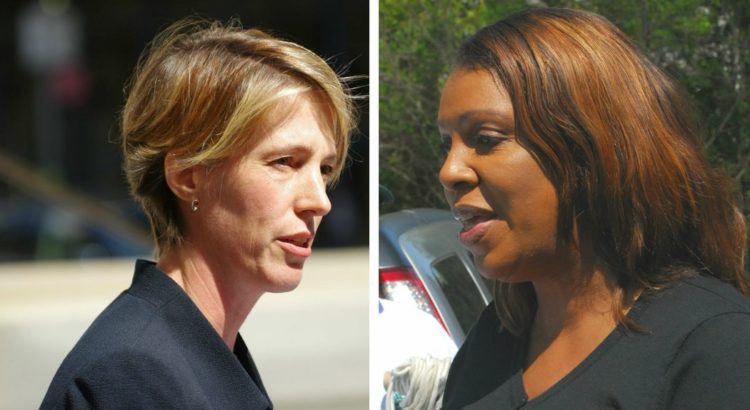 The upcoming September 13 primary in New York could re-energize and redefine the Democratic party in the state. It also might mean drastic change for the charter school industry.

Across the U.S., billionaire hedge fund managers have routinely secured support for charter schools through direct campaign donations to candidates, or the simple act of “loading” charter school PACs with millions of dollars, which frightens potential critics into silence.

But public support for charters is waning. The industry took an unexpected beating in a 2016 Massachusetts ballot referendum when voters rejected a proposal to lift a cap on the number of charters allowed each year. Recent pollshave shown declining public support for charter schools, and a litany of scandals surrounding charters have prompted a number of progressive candidates to offer fresh criticism of the industry.

The political friction surrounding charters has dramatically increased in New York, where for years the most visible avatar for the industry has been Success Academy, the largest charter school network in the state. Widely credited by corporate media outlets for raising test scores for traditionally low-performing students, the New York City-based charter chain and its CEO Eva Moskowitz have also been deluged by negative press about heavy-handed discipline and abusive instructional practices.

This summer, things truly went off the rails for Success.

In June, a bill that would have added 100 new charter schools to the statewide cap was declared dead-on-arrival, even though it included an extremely popular repeal for a teacher evaluation law that uses standardized test scores to evaluate teachers.

Just days later, a judge struck down an audacious proposal to allow Success Academy and other charter schools authorized under SUNY’s Charter Committee to train and certify their own teachers. As The Progressive reportedin March, this violated clear legal requirements for minimal training standards and bypassed critical input by the public.

Soon after, there was a “mass exodus” of teachers leaving a Success Academy high school in Manhattan where forty-seven of sixty-seven educators will not return. At least twenty-five quit, nine were dismissed, and the rest were reassigned within the charter network. Some teachers mentioned inappropriate disciplinary policies and lack of respect for teachers, while others cited draconian policies that force students to repeat grades for failing classes.

And news of the charter network’s first graduating senior class brought new criticisms to light. Of the seventy-two first graders who comprised Success Academy’s founding cohort, only sixteen remained by the end of twelfth grade, a 78 percent drop. Some moved or changed schools, which is not uncommon, but unlike district schools, Success does not backfill, or replace, students who leave beyond fourth grade, so remaining students had smaller class sizes for twelve years.

Further, Success held back over one in six students—an alarming rate. Such a stringent policy ensures higher test scores in two ways: low performing students are likely to leave the school to avoid repeating the grade, while those who remain will have twice as much test preparation for state exams. Also, at least four Success schools eliminated 25 percent of their “self-contained” classes, in which special education students don’t change rooms for every subject, forcing students to either travel great distances to attend other Success locations, or leave the network.

Then in August, a court ruled that a key lawsuit could proceed, as five families credibly claimed Success Academy discriminated against students using a controversial “Got to Go” list that pressured struggling students to leave the school. The decision cited allegations of gross misjudgment, daily removals, frequent suspensions, and repeated threats to call the police or child services, including actual calls made on four- and five-year-olds.

Fast-approaching primaries suggest attitudes may be shifting for charter schools, and Success Academy in particular.

First, primary challengers are taking on all eight members of the Independent Democratic Conference, a group of breakaway Democrats who for years shared control of the state senate with pro-Trump Republicans – and also shared charter school PAC donors.

In the upcoming four-way Democratic primary for state attorney general, candidates are promising investigations of charter schools on multiple fronts, including their discrimination against special need children, the disabled, and English learners.

One candidate is New York City Public Advocate Letitia “Tish” James, who is supported by Governor Cuomo and most of the Democratic “establishment” in New York state. James previously filed a complaint against Success Academy and Moskowitz with the Civil Rights Division of the U.S. Department of Education, which opened an investigation in May 2016.

Candidate Zephyr Teachout has stressed that the attorney general can lead the fight against campaign finance abuses which perpetuate large scale discrimination in education, mass incarceration and the erosion of voting rights.

But following President Trump’s appointment of education secretary Betsy DeVos, the Office of Civil Rights has been significantly defunded, losing half its staff and abandoning over a thousand cases. The case James cited remains listed as active, but appears to be in limbo. (The hobbled department did not respond to my request for a status update.) James vowed to use the Office of Attorney General to investigate charter discrimination.

Another attorney general candidate, Zephyr Teachout, has vowed an even broader investigation into privatization of education, describing the attorney general’s subpoena power as a “magic lasso of truth” which could corral hedge fund managers who push for charter expansion in Albany.

When Teachout ran for governor against Democratic incumbent Andrew Cuomo in 2014, she revealed how pro-charter billionaires flooded the coffers of Cuomo and Republican leadership, spending over $4 million in last-minute dark money ad buys in six key state senate races that hid their pro-charter agenda. It worked in 2014, and again in 2016 to ensure Republican control of the state senate, which meant billions less for public education and increases in per-pupil funding to charter schools.

In her 2014 report, Teachout called out twelve billionaires by name, several of whom were members of the Success Academy board of directors, including Dan Loeb who was pressured to step down as chairman after repeatedly remarkingthat teachers unions were worse for minority children than the KKK.

Teachout, who once worked as a special education teacher’s aide, noted that hedge funders were driving the takeover of New York’s politics and privatizing education. When Tish James notably said “[I]t’s really, critically important that I not be known as the “Sheriff on Wall Street,” Teachout quickly tweetedshe was eager to take on the title, as previous attorney generals had, noting she was the only candidate in the race not taking corporate PAC or LLC donations.

Teachout stressed that the attorney general can use investigative and legal means as well as the bully pulpit, to lead the fight against campaign finance abuses such as the “LLC loophole” which perpetuate large scale discrimination in education, mass incarceration and the erosion of voting rights.

Candidate Leecia Eve by contrast, sympathized with parents who wanted to flee “failing schools” into charter schools, including those run by faith-based organizations. She did mention the attorney general can investigate charter schools with non-profit or charity status to ensure they are fulfilling their stated mission. And candidate Sean Patrick Maloney has not indicated whether he supports charters—my direct request last February for his position when the first charter school was proposed in his district went unanswered.

“From evaluating teachers based on high stakes tests to promoting charter schools. . .Governor Cuomo has failed to lead when it comes to education,” gubernatorial candidate Cynthia Nixon said in a recent statement.

Teachout and James also agreed to look into the use of for-profit management agencies within “non-profit” schools. James added she would also use the civil rights division to crack down on charters who siphon public school funding, defraud consumers, use deceptive business practices or false claims.

“From evaluating teachers based on high stakes tests to promoting charter schools and private school vouchers, and cutting education funding to finance tax cuts for the wealthy, Governor Cuomo has failed to lead when it comes to education,” Nixon said recently in a statement to classroom teachers.

The New York primary will surely be a nail biter as pro-charter Democrats face contentious races, but regardless of the outcome, progressive candidates and an increased awareness of charter school malfeasance have already changed the politics of the discussion.