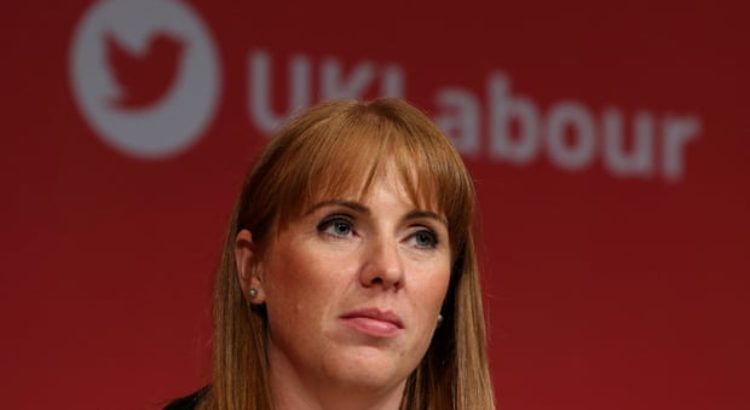 As a party member I want to see Angela Rayner bringing forward election-winning ideas, not more of the same

I’ve been a teacher for the past five years at an inner London academy, and I’ve seen the injustices that education professionals, students and their parents face first-hand. State schools are chronically underfunded, while elite private school fees cost up to £30,000 a year. Ofsted and school league tables are used to enforce a narrow vision of education, and an Institute of Education report this week has found that teachers in England have the lowest job satisfaction of all English-speaking countries.

Perhaps most importantly, students are suffering: the OECD has reportedthat young people in the UK are among the unhappiest in the world. This is the result of 40 years of education “reforms” driven by a rightwing political agenda, favouring privatisation, obsessive testing and endless competition between students and between schools – as if these were things to be celebrated in themselves.

Why not suggest that universities must only accept 7% of their undergraduates from the private schools?

As an active Labour member I want to see radical ideas coming from shadow secretary of state Angela Rayner aimed at tackling these challenges. Labour’s flagship education policy, the National Education Service (NES), contains the seeds of this radical potential. But the idea remains an empty shell: there hasn’t been a single education policy announcement from Rayner since the NES idea was launched 18 months ago.

Layla Moran, education spokesperson for the Liberal Democrats and a former teacher, on the other hand, made a powerful speech to the Liberal Democrat conference this week.She promised to abolish Ofsted, league tables and SATs, to remove private school charity tax status, and subtly hinted at abolishing the 11-plus test for grammar schools, because they perpetuate “state-sponsored segregation”.

I have never voted for the Liberal Democracts and never will. But there’s no denying that they currently have the most radical offer on the table when it comes to education.

By contrast, Rayner in her Guardian interview this week insisted that her party’s policymaking on education would not be “ideologically driven”.

The trouble is, education policy has always been ideologically driven. So either Labour is going to challenge the particular neoliberal ideology that has created the current mess or it isn’t. And if it doesn’t, it won’t fix it.

Rayner claims that academies as such are not a problem. But academisation has led to a situation in which we now have a competitive market in education that pits desperate schools against each other to retain their “market position”. This has led to terrible examples of gaming the system and outright corruption, at the expense of the most vulnerable children. The recent education select committee report showed that disproportionately high numbers of special educational needs students are being “off-rolled” to improve league tables positions. The academy revolution promised that the market would improve schools for all our children, and yet the gap in attainment between working class children and the rest stubbornly persists.

Rayner is right, of course, when she says that many vulnerable, working-class young people are being failed. And everyone agrees that practical education should be more highly valued than it is by our elitist system. But simply saying that we need more “technical” or “vocational” training, as Rayner does in her interview, is not enough. Her suggestion that the study of history is too “abstract” suggests a dangerous anti-intellectualism. It also reproduces the snobbish belief that working-class children shouldn’t have access to high-status knowledge. The 2011 Wolf report made clear that vocational qualifications under New Labour were an abject failure. Not only did they not prepare young people for skilled work, but they also created a narrow, technical curriculum that meant students continued to be locked out of the powerful knowledge that teachers know can enable them to understand the social, economic – and dare I say it, historical – forces that shape their worlds.

When asked about private schools Rayner rules out abolishing them, saying that if we only make “the state sector good enough” then private schools will wither on the vine. She forgets the main reason many people choose private education is snobbery – they don’t want their children being educated with the “great unwashed”. Labour’s plans to impose VAT on private school fees was a step in the right direction.

But why not suggest that university admission departments must only accept 7% of their undergraduates from private schools, given that this is the proportion of students they represent in the country as a whole? Then you really would see parents flock to the state sector, and perhaps have a greater investment in improving it.

So while the NES remains a potentially radical idea, that potential is currently going to waste.

The Lib Dem policies don’t go far enough for me. They would only roll back the worst of the education reforms adopted under Margaret Thatcher and Tony Blair. But Labour should be offering a great deal more than that. Labour must have an exciting vision for the future, a vision for the NES inspired perhaps by Finland, where schools promote collaborative, creative and emancipatory learning, rather than endless competition for exam results.

Labour galvanised people with its manifesto in 2017 because it promised something genuinely different, yet this has not been reflected in Labour’s education policy to date. As a teacher, I know that my students and their parents deserve more from Labour: otherwise, the deep inequality that blights our education system is set to continue.

Source of the article: https://www.theguardian.com/commentisfree/2018/sep/21/labour-timid-education-lib-dems-look-radical