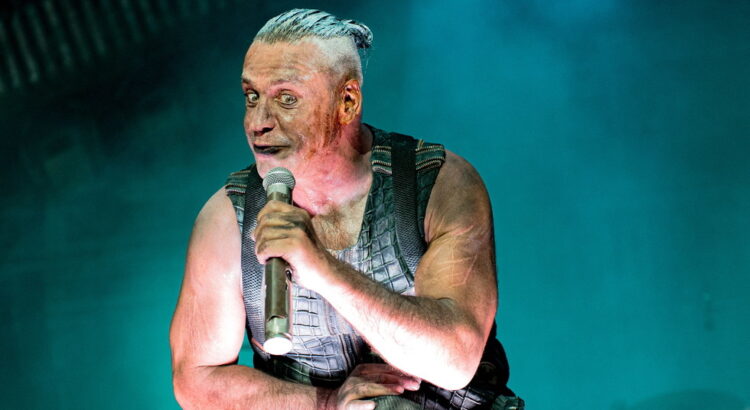 One piece of wisdom the media bombards us with is that the Covid-19 pandemic taught us about our mortality and biological limitation: we should abandon our dreams about dominating nature and accept our modest place in it.

Is there a more sobering lesson than being humiliated and reduced to near-impotence by a virus, a primitive self-reproductive mechanism which some biologists don’t even count as a form of life? No wonder that calls for a new ethic of modesty and global solidarity abound.

But is this the true lesson to be learned here? What if the problem with living in the shadow of a pandemic is exactly the opposite: not death but life, a strange life that drags on, allowing us neither to live in peace nor to quickly die?

So, what should we do with our lives in this predicament?

Maybe the Rammstein song “Dalai Lama” indicates the right answer. The song is vaguely based on Goethe’s «Der Erlkönig» («King of the Elves»), a poem which tells of a father and son riding a horse when the wind begins to hypnotize the child, who eventually dies. In the song, the child is on an airplane with his father; as in the poem, the travellers are menaced by a mysterious spirit which “invites” the child to join him (though only the child can hear it). However, in the poem, the alarmed father rides for help, holding the child in his arms, only to find that his son is dead; in Rammstein’s song, it is the father himself who causes the child’s death.

What does all this have to do with the Dalai Lama? The title of the song does not just make fun of the current Dalai Lama’s fear of flying – there is a more intimate link with the core of Buddhist teaching. The Dalai Lama’s fear of flying strangely echoes the words of the Lord in heaven in Rammstein’s song: “Man does not belong in the air / So the Lord in heaven calls / His sons on the wind,” to cause a strong turbulence that will kill the child. But how? Not just by crashing the plane but by directly haunting the child’s soul: “A choir drips from the clouds / Crawls into the little ear / Come here, stay here / We are good to you / We are brothers to you.” The devil’s voice is not a brutal cry but a soft loving whisper.

We have to live till we DIE

This ambiguity is crucial: the external raw threat is redoubled by a chorus of seductive voices heard only by the child. The child fights the temptation to surrender to these voices, but the father, holding him too tightly to protect him, does not notice his shortness of breath and “pushes the soul out of the child.” (Note the ambiguous ending of the song: the lyrics never say that the plane really fell down, just that there was strong turbulence.) The father (who obviously stands for the Dalai Lama) wants to protect the child from the external threat of reality, but in his excessive protection he kills his son – there is a deeper identity shared by the Dalai Lama and the “king of all winds”. The obvious implication is that the Buddhist protection from the pain and suffering mortifies us, excludes us from life. So, to quote a well-known ironic paraphrase of the first lines of the GDR anthem, the message of Dalai Lama effectively is “Einverstanden mit Ruinen / Und in Zukunft abgebrannt” (“In agreement with the ruins / and in future burned down”).

The refrain sounds like empty tautological wisdom – like “a minute before he died, Monsieur la Palice was still alive” – what in France they call a lapalissade. But Rammstein turn around the obvious statement that “no matter how long you live, at the end you will die”: till you die, you have to live. What makes the Rammstein version not an empty tautology is the ethical dimension: before we die we are not just (obviously) alive, we HAVE to live.

For us humans, life is a decision, an active obligation – we can lose the will to live.

This stance of “we have to live till we die” is the proper one to adopt today when the pandemic reminds all of us of our finitude and mortality, on how our life depends on an obscure interplay of (what appears to us as) contingencies. As we experience it almost daily, the true problem is not that we may die but that life just drags on in uncertainty, causing permanent depression, the loss of the will to go on.

We HAVE to live till we die

The fascination with total catastrophe and with the end of our civilization makes us spectators who morbidly enjoy the disintegration of normality; this fascination is often fed by a false feeling of guilt (the pandemic as a punishment for our decadent way of life, etc.). Now, with the promise of the vaccine and the spread of new variants of the virus, we live in an endlessly postponed breakdown.

Notice how the time-frame is changing: in spring 2020, authorities often said “in two weeks, it should get better”; then, in the fall of 2020, it was two months; now, it is mostly half a year (in the summer of 2021, maybe even later, things will get better); voices are already heard which place the end of the pandemic in 2022, even 2024… Every day brings news – vaccines work against new variants, or maybe they don’t; the Russian Sputnik is bad, but then it seems it works quite well; there are big delays in the supply of vaccines, but most of us will still get vaccinated by summer… these endless oscillations obviously also generate a pleasure of their own, making it easier for us to survive the misery of our lives.

As in “Dalai Lama,” Covid-19 is the turbulence which shattered our daily lives. What provoked the rage of today’s gods? Were they offended by our biogenetic manipulations and destruction of the environment? And who is the Dalai Lama in our reality? For Giorgio Agamben and many protesters against lockdown and social distancing, the Dalai Lama who pretends to protect us but in reality suffocates our social freedoms is the authorities, who while ostensibly seeking to protect us, choke out our ability to live before we have to die.

We have to LIVE till we die

But one can also argue the exact opposite: is the stance advocated by Agamben – let’s stick to our social life as usual – also not a seductive voice of angels which we should resist? Agamben’s own words can be reversed and turned back on him: “If medicine is abolished in the name of freedom, then freedom will also be abolished. If life is abolished in the name of man, then man will also be abolished.”

The Rammstein conceit that “we have to live till we die” outlines a way out of this deadlock: to fight against the pandemic not by way of withdrawing from life but as a way to live with utmost intensity. Is there anyone more ALIVE today than millions of healthcare workers who with full awareness risk their lives on a daily base? Many of them died, but till they died they were alive. They do not just sacrifice themselves for us in exchange for our hypocritical praise. Even less could they be said to be survival machines reduced to the bare essentials of living. In fact, they are those who are today most alive. 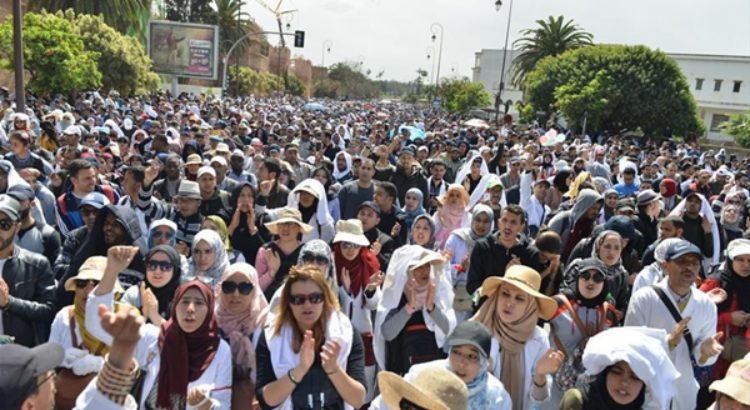 Thousands of people marched on Sunday in the Moroccan capital Rabat to defend free education and show solidarity with protesting teachers.

Organized by the Moroccan Coalition for the Defense of Public Education, the march criticizes the government’s «scheme to terminate all public services.»

The march, joined by several leaders of leftist opposition parties, denounced a bill under discussion in parliament which calls for the gradual introduction of registration fees in public institutions of higher education and then in high schools.

Proposed by the government, the bill faces objection from many opposition parties, trade unions, NGOs and even parliamentarians from the ruling Justice and Development Party.

The demonstrators also showed their support to the demands of protesting teachers, including abolishment of regional contracts and full benefits and pensions like public servants.

Thousands of teachers, who have been protesting for months, also participated in the march.

The teachers, who marched earlier on Saturday in the main streets of the capital, tried to set up makeshift camp for the night ahead of Sunday’s march.

In 2016, the Moroccan government granted the regional educational and training academies the right to hire teachers as part of a larger «regionalization reform.»

Many trade unions claimed that this move means submission to international lenders, who demanded the cut in the civil service paycheck.

So far, 70,000 teachers have been hired under the new contract system, including 15,000 at the training centers. 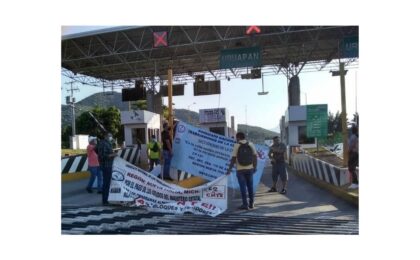 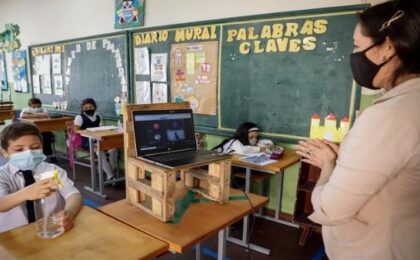 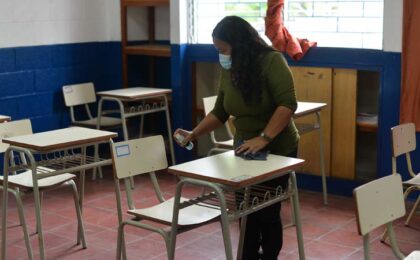 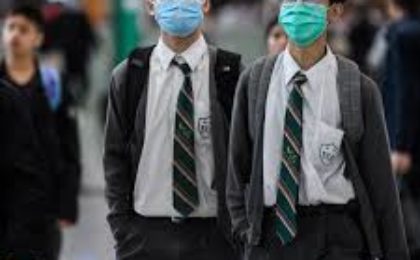 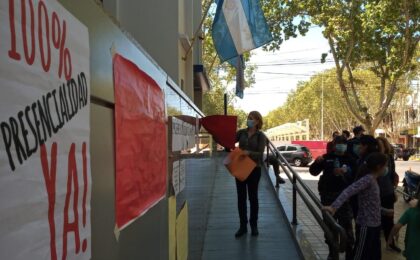 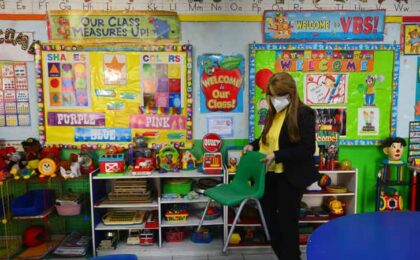 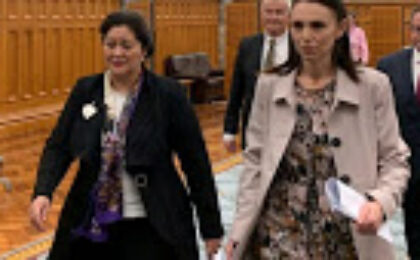 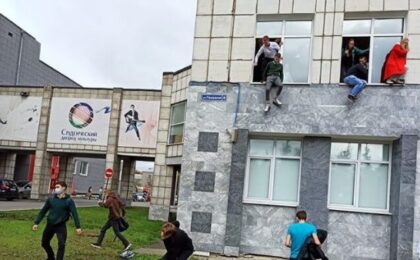 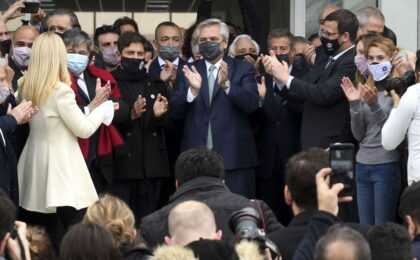 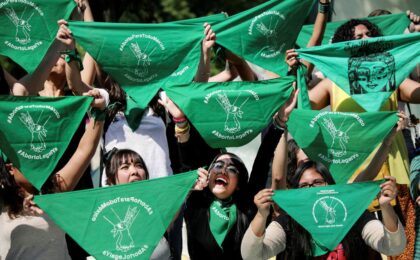 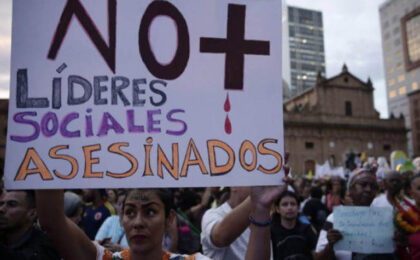 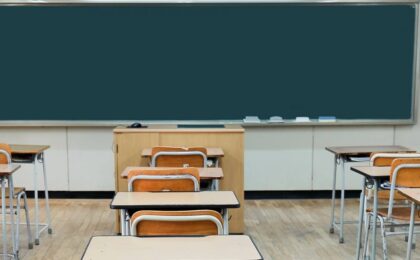 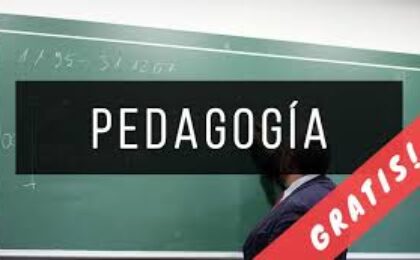 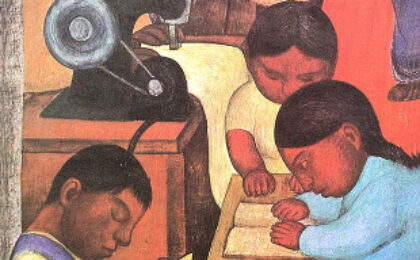 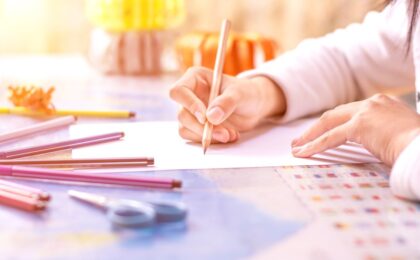