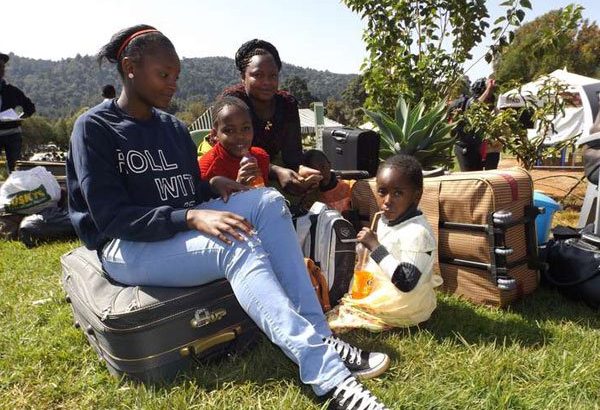 Parents of students admitted to the United States International University (USIU)-Africa under the government-sponsored programme are up in arms for what they claim are high additional fees charged by the university.

They claimed that the fees are way too high for them and want the government to intervene and transfer them to other universities.

According to one parent, Mr Patrick Sumba, USIU-Africa informed them that they were to pay an additional Sh65,000 before admission per semester.

Mr Sumba lamented that the university has made it mandatory for the students to learn in trimesters yet the government sponsors students for two semesters.

According to the Kenya Universities and Colleges Placement Service chief executive officer John Muraguri, the arrangement has not changed.

“The students will be treated like other government-sponsored students. We have made arrangements with the university to ensure the schooling is seamless,” said Mr Muraguri when he addressed some of the parents and students on Monday.

The university, however, maintains the students have to pay the extra charges as the university cannot sustain them.

The university’s external communications coordinator Jackline Chirchir told the Daily Nation that the university is also meeting an extra cost for the students besides what the government is providing.

“We have a policy that an individual can take units based on what they can pay. Until the government tops up the cost, the students will have to pay,” she said, adding that each unit costs around Sh7,250.

She added fees vary depending on the school and the course, saying that the students will have to choose the module that best works for them.

This comes as several students accused the Higher Education Loans Board of delays in processing their loans.

Ms Florence Nduku of Chuka University on Monday said she was set to start her undergraduate studies on September 5, but has been unable to due to lack of accommodation fees.

Ms Nduku said that she was admitted at the Chuka University to pursue Agriculture Economics, but the university declined to admit her pending the loan disbursement – which she would have used to offset the accommodation fees.

“I was given a letter to present to the university administration arguing my plight but the university heard none of that. I come from a poor background and cannot afford accommodation outside the university. Besides, I had nothing to sustain myself,” said Ms Nduku.

“We really appreciate the government’s move. However, some of these students are needy and others are orphans. Besides, they come from very remote places. Where will they get the additional amount of money?”