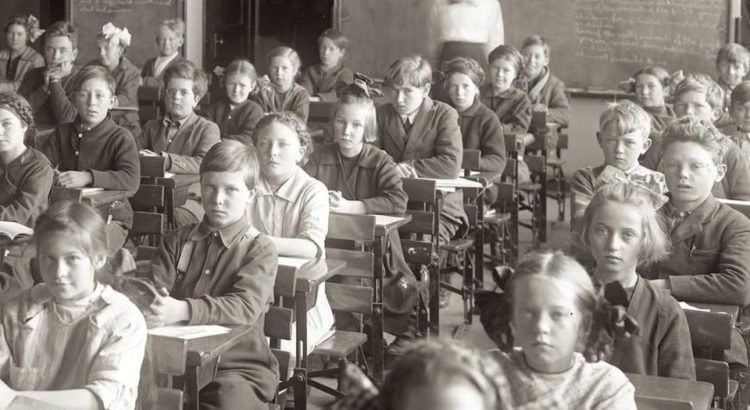 Will The 2020 Campaign Narrative Ever Emulate A 20/20 Education Paradigm?

The 2020 candidates’ dialogue thus far has been woefully (and perhaps willfully) ignorant of the transformative power of education reform. Whether it’s the propositions for increased federal Title I funding, universal free college, or mandatory preschool, the narrative is starkly reminiscent of the 80s — the 1880s, that is. Back then there was a necessary and resolute focus on educating students in once efficient, innovative factory-style classes to accommodate the masses quickly, way before it was possible to work or learn anywhere, anytime. And once again, more than a century after the Industrial Age was replaced by the Information Age, traditional concepts of place-based education are presented as if they are in vogue. Do they merely represent a fleeting nostalgia for the past, or ignorance of the potential for the future?

According to EdSurge, “the U.S. education technology industry appears on track to surpass the amount of investor funding tallied in recent years. In the first half of 2019, the industry saw $962 million raised across 65 deals, the highest funding tally at the halfway mark this decade.” Among the investments are companies (Coursera) that allow prestigious higher ed learning for free in the private sector with credentials that don’t require or commit public funding, an online coding school (Lamba), credentials for certifying your own skills and learning (Degreed)and many more.

In a day and age when learning is ubiquitous, why would we endorse a path that requires students to show up at institutions, like many community colleges where a majority fail to deliver on outcomes or relevant job paths? On top of that, according to recent reports, higher education tuition has tripled over the rate of inflation!

The problem, as some of us have written before, isn’t necessarily that a substantial college experience isn’t valuable, but it’s the way we do college — and that the fact that candidates want to give away a dated system flies in the face of what we know about how students learn, which isn’t based on time in school (i.e., 2 or 4 years) or in a seat in class. Examples of this abound at all levels of education, whether it be Summit Public Schools, whose personalized learning model is being implemented in hundreds of traditional schools nationwide, or the flexible design spaces that some innovative schools are creating. The way to make this happen on a broad scale is not to federally sanction universal pre-K, boost spending on Title 1 or create a new teacher funding program — all of which would carry federal strings that reinforce 19th-century learning models, but to allow states and communities to break free from rules and regulations guiding hours in class, seat time, teacher credentialing and so much more.

Then there are the revolutionary partnerships like the one between Mesa (Arizona) Community College and Apple iOS, which trained its educators to teach the coding program, “Swift.” This skills-based education led to Apple-approved certifications and a program that is in high demand by business and education as a result. One should ask the candidates how making college free would spark such a creative use of time and talent. Indeed, the attraction for business is that the Maricopa Community College system and the state itself has an incentive to promote and attract globally competitive businesses to their community — making the modest price of college for the students worth paying for.  Such partnerships come as a result of business investment in programs that amplify high-needs’ occupations that leaders in Arizona are working to attract.

Another fact missing from the political — and media — discourse is the data that show how much more students learn when they can contribute and design their own learning pathways.  While the candidates wring their hands about income inequality, residents of Pembroke, North Carolina are finding solutions. A University of North Carolina-Pembroke technology staff member, who, like a majority of that community, is a member of the Lumbee Indian Tribe, helped about two dozen girls learn about innovation first hand. Kindra Locklear introduced them to Girls Who Code, and they learned not just how to code, but how to design products, collaborate and, as it turns out, how to build a website that could provide support for mental illness in their community.

These are the places that revolutionary thinking begins, not in the classroom of yesterday but in the laboratories of tomorrow where students have their own independence to learn. It is these kinds of programs that are making a difference in the lives of underrepresented communities that should be the highlight of the campaign trail.

Throughout the country, both Democrats and Republicans need to recognize that we live in a global society where knowledge is no longer a commodity, where personalization in all sectors is the key to success — especially education  — and where the private sector has already and will continue to produce the tools that will accelerate learning and education for everyone. That requires both political leaders and the rest of us to get out of the way, open up the system and stop advancing an archaic notion that education can only expand and improve if we fund traditional top-down, input-driven, unresponsive, government bureaucracy: the antithesis of modern technological advancement.

I founded the Center for Education Reform (CER), the nation’s leading authority on advancing education opportunity and innovation. That takes me from board rooms and classrooms to the halls of Congress, state capitols and towns where I support and connect people making a difference with the people and ideas which can help them succeed. I host a weekly podcast, “Reality Check,” and my musings have appeared frequently in newspapers nationwide. I began my career on Capitol Hill, served at the U.S. Department of Education and have been privileged to receive many honors, including EdTech Digest’s 2018 “Top 100 Influencers of EdTech.” I have a B.A. in Political Science from Dickinson College and M.S. in Ed Entrepreneurship from UPenn. Most importantly, I am a mother of four children who have been avid consumers of all levels of education, and a proud first generation Italian-American. 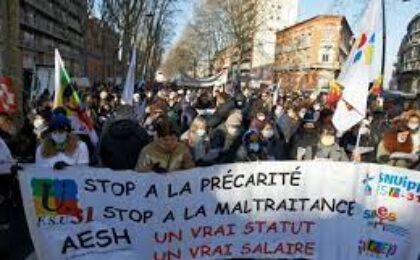