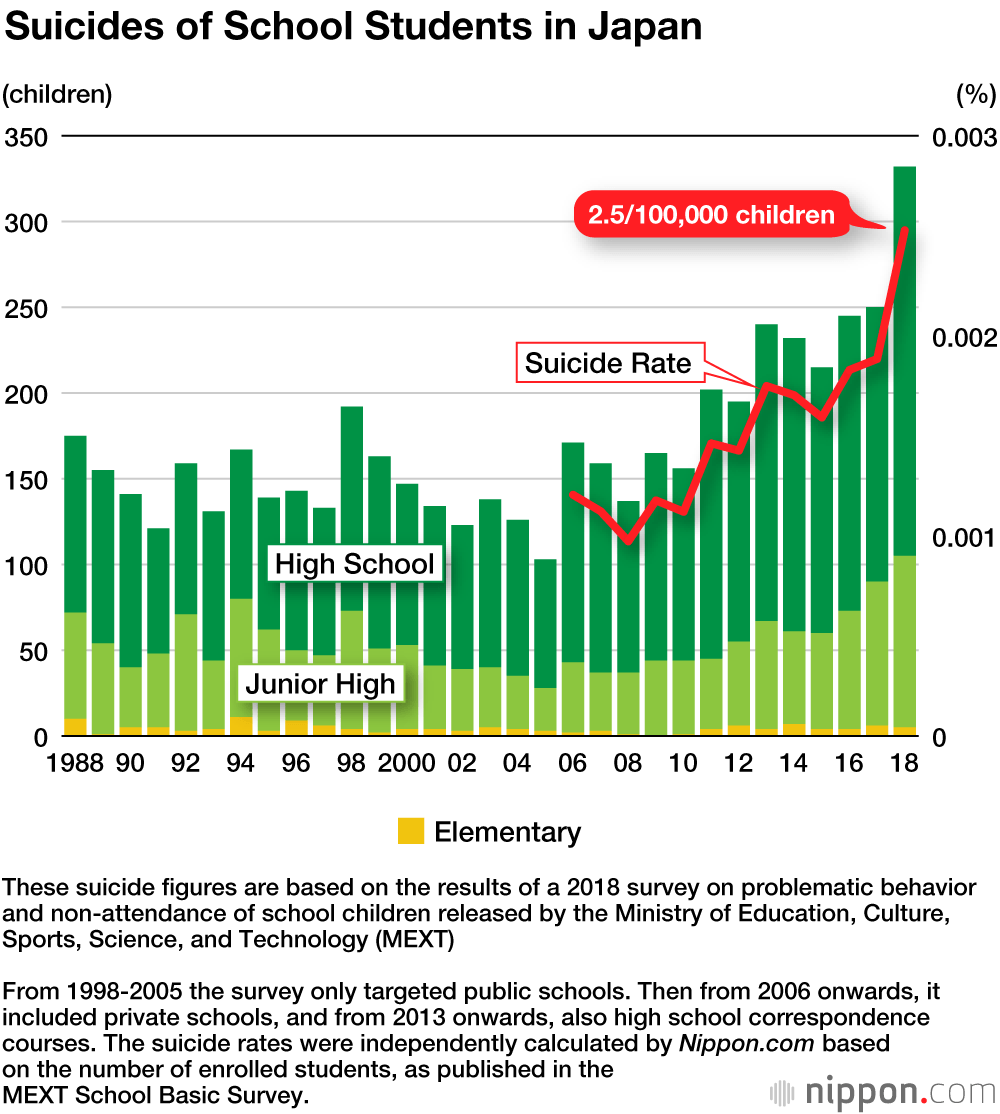 The total number of suicides in Japan (National Police Agency annual totals) peaked at 34,427 in 2003 and then began to fall. From 2010, this figure has fallen for nine years straight. In contrast, despite decreased student numbers due to the shrinking birthrate, child suicides are on the rise. In 2006, the suicide ratio was 1.2 per 100,000 children, whereas by 2018 this had more than doubled to 2.5.

Among the reasons for suicide (multiple possible), particularly high were family disagreements at 12.3% and being reprimanded by their parents at 9.0%, while bullying remained at a lower ratio of 2.7%. However, the reason for nearly 60% of child suicides was unknown, so it is not clear what is driving young people to take their own lives.

Compiled by Nippon.com based on 2018 MEXT Survey on problematic behavior and non-attendance of school children.

Source of the notice: https://www.nippon.com/en/japan-data/h00572/child-suicides-at-highest-rate-ever-in-japan.html