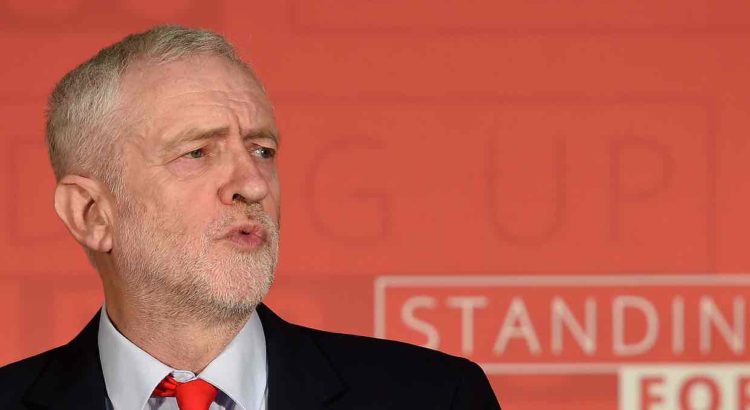 Jeremy Corbyn will announce plans on Thursday to fund free school meals for all primary school children by adding VAT to private school fees. The Labour leader will make the commitment during a visit to Lancashire for his party’s local election campaign, saying the policy would benefit children’s health while ending a subsidy for the privileged few.

He will be accompanied by Angela Rayner, the shadow education secretary, at an event to make the case that no child in the UK should go hungry at school.

Corbyn will also highlight research by the National Centre for Social Research and the Institute for Fiscal Studies, which has shown that offering universal access to free school meals improves pupils’ productivity and enables them to advance by around two months on average.

An expansion of free school meals to all infant pupils was brought in under the coalition, a policy led by Nick Clegg, the Lib Dem former deputy prime minister. But the government faced criticism for failing to fund it properly and consider the extra costs to schools, such as the construction of new kitchens. The extension was supported at the time by Labour and child health campaigners such as the celebrity chef Jamie Oliver.

Corbyn will say the provision of free school meals has been proven to enhance the health of pupils through better nutrition, with more than 90% of pupils eating a school lunch with food or drink containing vegetables or fruit, compared with only 58% of pupils who eat packed lunches.

“By charging VAT on private school fees, Labour will make sure that all primary school children, no matter what their background, get a healthy meal at school,” Corbyn will say. “The next Labour government will provide all primary school children with a free school meal, invest in our schools, and make sure no child is held back because of their background.”

The government has been criticised for cuts to school budgets through its shakeup of education funding, which will see money redistributed from urban areas to schools in more rural areas that have historically been underfunded.

Rayner said: “The government’s cuts to the school budget are making school meals worse and limiting the number of children that can be fed. This decision affects the educational attainment and health of pupils.

“While the Conservatives offer tax giveaways to their billionaire friends, they are cutting the schools budget and threatening the health and futures of all our children by denying children the basic right of a healthy lunch at school. By investing in our education system and providing free school meals for every primary school child, we will remove the stigma attached to free school meals, and improve health and attainment for all children.”

Mike Buchanan, the chief executive of the Headmasters’ and Headmistresses’ Conference, which represents private school leaders, claimed the policy would lead to a “net cost to the state” as parents take their children out of private schools.

He said told Radio 4’s Today programme that it was based on “dodgy myths and misunderstandings and it will be counterproductive”.

But Rayner said she did not believe it would put private schools out of business. Asked about parents who go without luxuries to send their children to private schools, she said there are many other parents who work just as hard who cannot afford to do that.

“This announcement will make a massive difference for them and raise attainment,” she told the same programme. “I don’t believe [private schools] will go out of business. I want to see a really good state system that is comprehensive.”

Speaking in Nottinghamshire at the launch of the Conservative local election manifesto, Theresa May was pressed on whether it was a good idea to put VAT on private school fees to pay for universal free school meals. She dodged the question and claimed Labour wanted to “level everything down and say to parents: take it or leave, it doesn’t matter if the school is good or bad”.

“Just look at Jeremy Corbyn’s economic policies. They would bankrupt Britain. Schools would find themselves in a parlous condition if Labour were in government because of the way they would be running the economy,” she added.