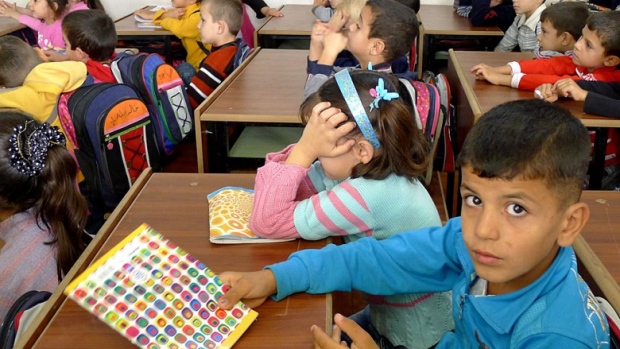 Uneven fundraising by Ontario schools is widening the gap between children from high- and low-income families, an education advocacy group says.

‘We were surprised by how much the gap has grown.’– Annie Kidder, People for Education

«We were surprised by how much the gap has grown,» said Annie Kidder, the group’s executive director. «It’s paying for everything from laptops to library books to playing fields.»

Topping the list in 2015 was a school that raised $250,000, while some schools raised nothing. Eastern Ontario elementary schools ranked second-lowest in median fundraising, according to the data.

Nearly all elementary and secondary schools in Ontario reported holding fundraising activities in 2015.

Kidder said successful schools may be using the money to build new playgrounds, while lower earners might struggle to implement basic breakfast programs.

«You create these have and have not schools,» she said.

The Ontario government sets rules around fundraising by public schools. For example, the funds can’t be used to pay for things that generally come from provincial grants, such as textbooks or building repairs.

«Field trips, guest speakers and scholarships are appropriate, but capital projects that significantly increase operating costs, classroom learning materials and textbooks are not, because they are already publicly funded,» said Heather Irwin, a Ministry of Education spokesperson.

The ministry suggests schools use the money they raise to fund scholarships or field trips, but schools are only mandated to report the amount they collect — not what they spend it on.

The province encourages school boards to fund matching programs in different schools throughout their districts, but in the end the distribution of funds is up to the boards, which have different policies.

«We are not saying fundraising should be banned,» Kidder said. «The problem comes with where we draw the line. The line is kind of grey right now.»

«The premise of public education is to level the playing field. We wish our schools wouldn’t replicate the inequity we have on the outside,» Kidder said.

People for Education is calling on the government to come up with stricter rules governing fundraising and the distribution of that money among schools.

«I hope it’s everybody’s hope that schools are equal.»