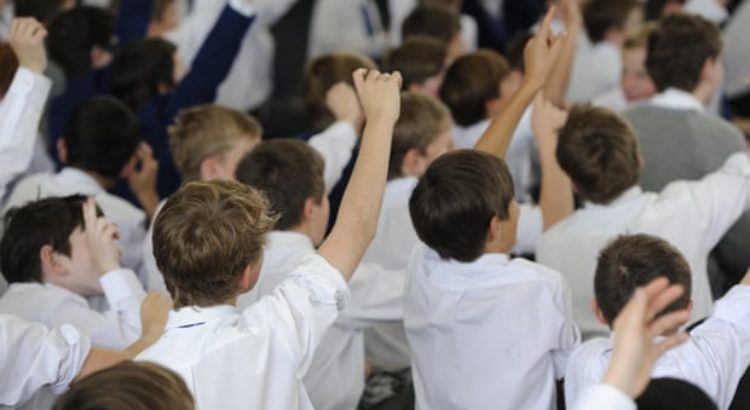 Students at Victorian public schools will be banned from using their phones from next year.

In an effort to reduce distractions and cyber bullying, and hopefully improve education outcomes, students will have to switch off their phones and store them in lockers during school hours until the final bell, the education minister, James Merlino, has announced.

In case of an emergency, parents or guardians can reach their child by calling the school.

The only exceptions to the ban will be where students use phones to monitor health conditions, or where teachers instruct students to bring their phone for a particular classroom activity.

“This will remove a major distraction from our classrooms, so that teachers can teach, and students can learn in a more focused, positive and supported environment,” Merlino said.

“Half of all young people have experienced cyberbullying. By banning mobiles we can stop it at the school gate.”

Some Victorian schools had already banned mobile phones, but the new laws impose a statewide ban for the first time.

McKinnon Secondary College, a high performing public school in Melbourne’s south-east, was among those that banned phones from its grounds.

The principal, Pitsa Binnion, said the school had “observed improved social connections, relationships and interactions” at lunchtime and that students were “more focused”.

It also comes amid a push from the federal education minister, Dan Tehan, for states to adopt the move.

The Victorian policy goes further than the ban imposed in NSW at the end of last year, which was was limited to all state primary schools.

Teachers unions in New South Wales expressed scepticism at the ban, which they said would be ineffective and would limit the ability of students to learn how use their phones safely and responsibly. The Catholic education office had also opposed the ban when it was floated in NSW.

But principals have also acknowledged that managing smartphones had been a big challenge for schools.

The child psychologist Michael Carr-Gregg welcomed the Victorian policy. “All schools have a legal obligation to provide a safe environment in which to learn,” he said.

“This significant policy initiative is designed to ensure the wellbeing of young people while at school, free of distraction and potentially cyberbullying.”

“This is school-by-school issue and they have made their choice,’’ he said at the time.

“Individual schools will make these choices. On a matter like this, and indeed many other matters, it is not for us to be directing schools.”

“Let’s see what the [Australian Education Union] says,” he said in a tweet.

The party’s former leader, Matthew Guy, said in a tweet on Tuesday night that “policy imitation is the greatest form of flattery”.

Source of the notice: https://www.theguardian.com/australia-news/2019/jun/25/victoria-to-ban-mobile-phones-in-all-state-primary-and-secondary-schools