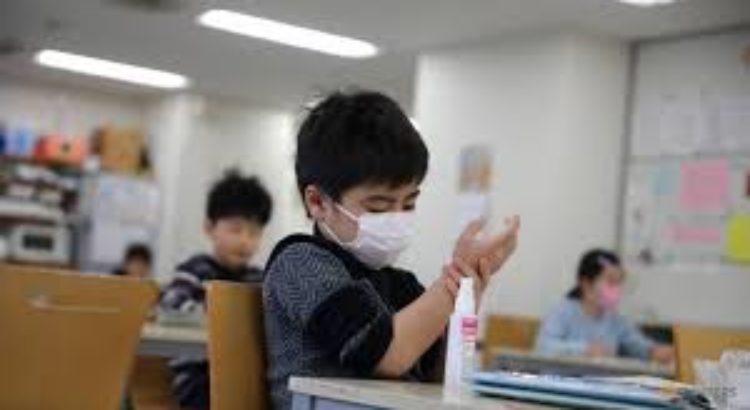 Japan is on the cusp of considering reopening schools nationwide but would do better by focusing on ramping up online learning, says Yuka Hasegawa.

It’s been barely two months since Japanese Prime Minister Abe issued an order on Feb 27 for schools to close as part of a first phase of nationwide restrictions to halt the spread of COVID-19 but it feels like forever.

With the announcement coming just four days before the actual shuttering, teachers say they were not given enough heads-up to prepare for education to continue apace while students stay home or design suitable homework.

One might think it strange home-based learning has become this huge challenge for Japan, but the country’s technologically superior reputation masks society’s low-tech workings.

Soon after the news broke, Japanese students and their parents were called back before the closure to collect assignments for the break. These took the form of paper worksheets.

The education system continues to produce top-performing students since the inception of the Organisation of Economic Cooperation and Development’s Programme for International Student Assessment, with bigger proportions of the country attaining tertiary education compared to OECD averages.

But a deeper dive into what makes the system tick reveals vulnerabilities in an increasingly digital world when it hasn’t quite made that leap towards embracing information and communications technologies (ICT).

On a macro level, Japan’s public expenditure on primary, secondary and post-secondary education is 2.9 per cent of GDP – one of the lowest among 35 countries – according to an OECD Education at a Glance survey 2019.

Much of it goes to Japanese educators, who pull in some of the world’s longest hours, and have demurred from introducing new technology and teaching methods into the classroom because of lack of familiarity and resistance to change.

What this has also translated into is a sluggishness to transform, where decades-old, one-way instructional teaching remains dominant despite the world increasingly needing education systems to cultivate curiosity, critical thinking and agility, which requires team-based learning and two-way discussions.

On a micro level, that has manifested in low investments in ICT, hindering the adoption of online learning.

There is only one computer for every 5.4 students in public elementary and junior high schools. Few districts have given out computers or tablets for home-based learning during this school closure.

The Japanese government only recently put in place plans to ramp up ICT infrastructure in schools, and for every student to have access to a computer, with 231 billion yen (US$2.15 billion) allocated under a Global Innovation Gateway for All (GIGA) school programme over the next four years.

Even as I write this, in Osaka, one of the countries’ busiest and most densely populated cities, parents have headed to schools to pick up new textbooks and assignments twice in April, and have become responsible for checking their kids’ schoolwork.

This stymying of the adoption of tech also has knock-on effects given the need for social distancing. Take for example, the idea that teachers say they have found keeping tabs on individual students to be close to impossible – because schools have only a limited number of phone lines.

Information regarding assistance for low-income households that need computers and plans for the future regarding home-based learning have not been forthcoming.

The Japanese government knows this situation is less than tenable.

But instead of funneling more resources towards getting online learning up to mark, they are sidestepping that elephant in the room and allowing prefecture authorities to decide, in consultation with the national COVID-19 public health expert panel, whether schools can be reopened, on a case-by-case basis.

Yet risk-averse local governors have kept 95 per cent of the 300,000 public elementary and junior high schools closed as of last week.

Japan knows it has a lot riding now on the Japanese government’s announced acceleration of the GIGA initiative to provide one computer for each student within the 2020 fiscal year.

These plans, long overdue, are supposed to provide for critical infrastructure for households to make online learning a reality, including the rental of mobile routers for those in need and the implementation of a remote learning system.

Yet whither are such plans? Frustrated Tokyo parents, fed up with the lack of progress on this front, have taken to circulating surveys regarding their status and submitting their findings to municipal authorities and the Tokyo Metropolitan Board of Education.

Much has been put on hold while schools scramble to find their footing, with the school term neither here nor there.

Seven prefectures postponed first days of schools, meaning new students have yet to see their classmates or teachers, but, weirdly, have worksheets for studying at home and little contact with their teachers.

The lack of communication is throwing what has been a big transition point in the lives of many students into disarray, though in a warped way, this disorientating feeling is a rare, shared experience many Japanese are finding some level of togetherness on as the pandemic threatens to split Japanese society.

While COVID-19 is bringing into sharper focus the digital challenges that have plagued Japan’s education system, it has also accentuated disparities between well-funded private schools, where students have easy access to advanced educational online resources and an array of personal devices that aid remote learning, and scrappier public schools that do not have the benefit of generous corporate sponsors or well-endowed, successful alumni.

When much of Japan’s aspirations to be an egalitarian society rests on the small shoulders of the education system, public schools have ironically avoided technological adoption to avoid avert accentuating disparities between families that can afford electronic devices and those who cannot.

Yet, such a disposition has put all their students at a far greater disadvantage this coronavirus outbreak.

Where over 1.4 million students (or about 15 per cent) have subscribed to lunch school fees, these needed services have also been suspended given distribution challenges, with the food donated to quarantined patients cooped up in hotel facilities.

Much has been said about the lost generation of Japanese graduates who entered the job market in the decade after the early-1990s, when the country underwent a period of stagnation. Japan is facing a situation of similarly unprecedented proportions.

Some hope lies ahead as Osaka governor Hirofumi Yoshimura announced on Apr 22 an intention to shorten the summer vacation to secure class time for schools if the coronavirus comes under better control.

But news of a Toyama prefecture cluster that same day, where four students and a class teacher in Shinmei Elementary School were found to be infected with the coronavirus despite being in contact for only four days, suggest we are unlikely to see a mass reopening of all schools in Japan even if significant precautions were taken.

Until the virus can be brought under control, Japan needs to ramp up its ability to roll out online learning.

That has been talk about tech but more focus should be shone on the human beings, especially the policymakers who must get into swift action to make this happen. This would especially require the cooperation of educators to embrace uncertainty and adapt to new ways of teaching.

Source of the notice: https://www.channelnewsasia.com/news/commentary/japan-close-schools-coronavirus-covid-19-online-learning-laptops-12683174