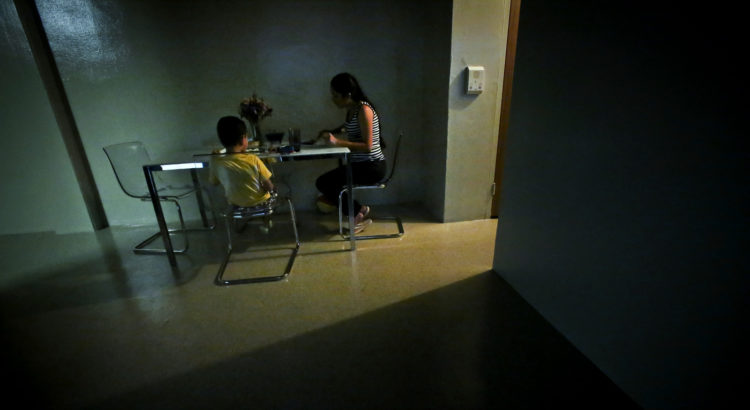 «While food assistance, public health insurance, and other programs have certainly had a mitigating effect on poverty for many families, the fact remains that in the United States young children have close to a one in two chance of living on the brink of poverty.»

(REPORT) — Out of all age groups, children are still most likely to live in poverty, according to new research from the National Center for Children in Poverty (NCCP) at Columbia University’s Mailman School of Public Health. Using the latest available data from the American Community Survey, NCCP researchers found that in 2015, while 30 percent of adults have low incomes, more than 40 percent of all children live in low-income families — including 5.2 million infants and toddlers under 3. Despite significant gains in household income and reductions in the overall poverty rate in recent years, 43 percent (30.6 million) of America’s children are living in families barely able to afford their most basic needs, according to Basic Facts about Low-Income Children, the center’s annual series of profiles on child poverty in America.

“While food assistance, public health insurance, and other programs have certainly had a mitigating effect on poverty for many families, the fact remains that in the United States young children have close to a one in two chance of living on the brink of poverty,” said Renée Wilson-Simmons, DrPH, NCCP director. “But being a child in a low-income or poor family doesn’t happen by chance, and neither should our approach to alleviating child poverty. In the coming weeks, hundreds of new leaders will take the helm at agencies responsible for implementing policies that touch the lives of poor children and affect their odds of success in life. It’s imperative that they do so with a real understanding of the disadvantages millions of Americans face from very young ages and what growing up poor looks like in America.”

“The fact that we have nearly 300,000 more children living near poverty today than at the height of the Great Recession is concerning,” added NCCP director of Family Economic Security Heather Koball. “The anxiety, depression, and constant stress of being financially vulnerable leaves a lasting mark on children as they grow to adulthood, affecting earnings potential and health outcomes. These figures illustrate why it’s essential for advocates and policymakers to understand the long-term impact of child poverty and the factors — like parental education and race/ethnicity — that appear to distinguish low-income and poor children from their more economically advantaged peers.”

These are some of the findings in the 2017 edition of Basic Facts about Low-Income Children:

* Children have been largely left out of economic gains in the U. S. since the Great Recession. Although one million fewer children lived in poverty in 2015 than the prior year, the percentage of children on the economic brink remains stubbornly high: 43 percent of children under age 18 (30.6 million) lived in low-income households and 21 percent lived in poor families (14.8 million). By comparison, at the height of the Great Recession in 2009, 42 percent (30.4 million) of children were considered low income and 20 percent (14.5 million) lived in poor households.

Disparities in child poverty persist along racial lines. Children of color accounted for approximately 49 percent of all young people in 2015, but were overrepresented among those living in poor and low-income families. More than 60 percent of black, Hispanic, and Native American kids live in low-income families, compared to 30 percent of Asian and white children — a dynamic largely unchanged in recent years.
The majority of children in low-income families have at least one parent who works full time, all year long. Children whose parents are employed full time are less likely to live below the poverty line, but earning a wage was no guarantee of economic security in 2015, according to NCCP research. More than half (53 percent) of low-income children and 31 percent of poor children live with at least one parent employed full time, throughout the year.
Published annually since 2009, Basic Facts about Low-Income Children presents demographic characteristics and socioeconomic conditions of poor and low-income children in fact sheets for five age groups, from infants and toddlers to adolescents.

Part of Columbia University’s Mailman School of Public Health, the National Center for Children in Poverty (NCCP) is the nation’s leading public policy center dedicated to promoting the economic security, health, and well-being of America’s low-income families and children. Visit NCCP online at http://www.nccp.org. Like us on Facebook or follow us on Twitter via @NCCP.