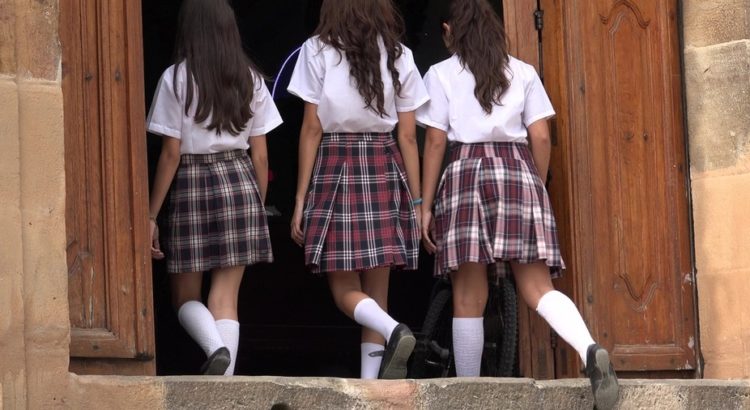 Australia maintains one of the highest concentrations of religious schools compared to other OECD countries. This proportion fits with the higher proportion of students who are enrolled in private schools in Australia.

Approximately 30% of all schools in Australia are affiliated with a religion, or 94% of private schools.

Research from the Centre For Independent Studies compared this proportion of religious schools in Australia to countries such as Sweden (2% of schools are religious), the US (10% of all schools), and the Netherlands (60% of all schools).

Religious schools in Australia predominantly consist of Anglican and Christian. But there are numerous religious affiliations represented in schools, and also diverse ways of practising religion.

But how an individual identifies on the Census does not readily translate to choosing a religious or non-religious school.

A brief history of religious schools in Australia

In other words, what is the social purpose of education? What kind of views, ideologies and values do we want our children to learn in school? The topic of sex education and abstinence education is often paired with this debate.

As a democratic society, we will all have various responses to these questions.

The fact that religion is contentious, and not a unified consensus, was a motivation for the original foundation of our state or public schooling system.

In the state of Victoria, the Education Act founded our schools on the principle of “free, secular and compulsory”.

It was argued that secular education would remove religious discrimination and unite the community. Leading campaigners arguedthat religion should be taught in church and at home, rather than in schools.

Even though state schools were founded on secular principles, they were far from equitable or accessible for all.

The education acts were established in the context of the Stolen Generations, genocide and endemic racism towards Indigenous children. Indigenous people did not gain the right to vote until much later, in 1965.

Historians claim that our earlier schools were largely influenced by arguments around biological determinism and eugenics. Reportedly, leading commentators argued that you could measure a child’s head to determine their ability for academic work. Biological determinism disadvantaged poor children and Indigenous children.

Historically speaking, and also constitutionally, Australia is a secularcountry. Following this, each state and territory maintains slightly different policies around the inclusion or exclusion of religion in schools.

In Victoria, for example, the state department follows the Education and Training Reform Act. This act stipulates that public school education must be secular. Schools are not permitted to promote “any particular religious practice, denomination or sect, and must be open to adherents of any philosophy, religion or faith”.

Some groups, such as the Australian Secular Lobby, argue that the policy commitment to secularism in state schools is being eroded.

They have identified four key areas of concern:

On the other hand, lobbyist groups such as the Australian Christian Lobby are highly active in campaigning for greater inclusion of religion in schools.

The Australian Christian Lobby has been very proactive in lobbying against the Safe Schools program. This is an example of how sex education, and sexuality, becomes conflated with religion.

A commitment to secularism?

Constitutionally, Australia is committed to secularism. However, the way in which this translates to schools, and the inclusion or exclusion of religion in schools, is slippery.

Religion and religious instruction is taken up differently across states and territories. This is influenced by the state political party, and fluctuates across voting periods. This often results in rapid changes to policy, and volatility.

It is fair to argue, then, that religion in schools is an ongoing contentious issue. This is strongly indicated by the ongoing debates and controversies surrounding government funding for religious schools.

While we may be secular on paper, government policy takes a largely empathetic approach to religion in schools, with a stronger preference for Christianity.