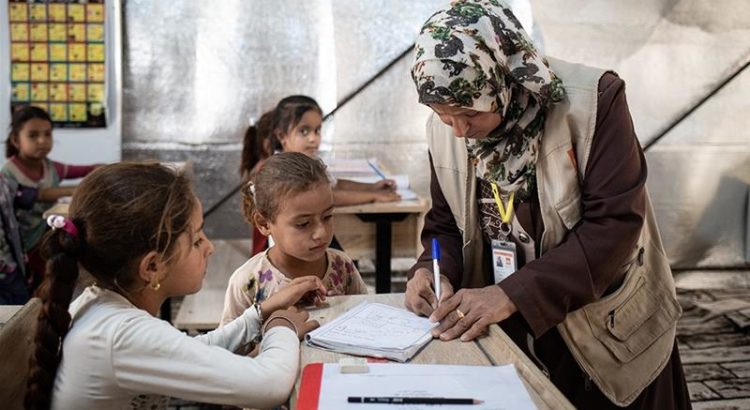 Millions of students across Iraq are losing out amid a shortage of teachers and education funding, the Norwegian Refugee Council (NRC) has said.

Across Iraq, 2.5 million children are in need of education support, including 775,000 internally displaced children residing in and out of camps, the independent humanitarian organisation told Al Jazeera.

According to NRC information shared with Al Jazeera, more than 240,000 Iraqi children were unable to access any form of education in the last year. The United Nations’ humanitarian funding appeals for education in Iraq have also not been met for this year, reaching less than half of the $35m required.

Over recent weeks, hundreds of thousands of Iraqis have taken to the streets to protest against the poor state of public services and corruption. Their demands include more access to jobs and better economic opportunities.

«An education system on the brink of collapse can’t effectively address these challenges,» he said.

Since the conflict against the Islamic State of Iraq and the Levant (ISIL or ISIS) armed group erupted in 2014, no new teachers have been hired, which has led to a 32 percent shortage, according to the NRC. In Nineveh, the second most populated region in Iraq, the number of teachers has plummeted from a prewar level of 40,000 to 25,000.

In addition, a lack of contact time with teachers has hindered the performance of those children who are in school; many schools are now run in a system of two to three shifts a day in order to reduce class sizes, though numbers of students can still reach up to 650 per class.

Nada, a secondary school student in Mosul, said the lack of teachers was shocking.

«Today is my first day in school and I am in shock, we are more than 1,700 students and we don’t have enough teachers,» she told NRC.

With no new teachers hired since the start of the war, volunteers have started to fill the gaps in many areas. In Mosul, which bore the brunt of the war against ISIL, 21,000 volunteers represent almost half of the teachers in the city, the NRC said.

Volunteer teachers are generally subsidised through stipends paid by humanitarian agencies such as UNICEF and NRC, though some, such as those in Internally Displaced People’s (IDP) camps in Duhok, north Iraq, receive no such funding.

«The volunteers are typically not trained teachers and are either unpaid, or working on short-term contracts,» Peyre-Costa said.

He told Al Jazeera that since 2015, NGOs and the UN have spent more than $30m paying teachers in Iraq.

But for this current school year, humanitarian agencies said they will cease funding teachers’ salaries, in an attempt to pressure the government to hire and pay qualified teachers.

«Well qualified teachers, who have strong subject knowledge and effective pedagogical skills, are critical for moving from crisis to recovery in Iraq,» Peyre-Costa said.

Children in IDP camps have been hit particularly hard by the shortfall. At an IDP camp in Kirkuk, the Iraqi education ministry pays two teachers for more than 1,700 students enrolled in two primary schools, the NRC said.

After ISIL, children try to catch up with school in Mosul

In Hamam al-Ali camp, classes for the current school year have not started due to a lack of teachers, leaving some 5,000 children without access to education.

During the war against ISIL, 50 percent of all school buildings in conflict-ridden areas were damaged or destroyed, the majority of which have not been rebuilt, according to the NRC.

«Now we study in prefabs, it’s cold during winter and burning during summer. We are suffering a lot,» Nada, the student, said.

In some governorates across Iraq, announcements have been made that all support for IDP school facilities would cease from the start of this school year.

In Duhok, northwest Iraq, the Ministry of Migration and Displacement stated they would cease paying rent on buildings used as schools for IDP children.

As a result, approximately 60,000 children in 12 official IDP camps in the Duhok area were at risk of losing access to education, the NRC said. 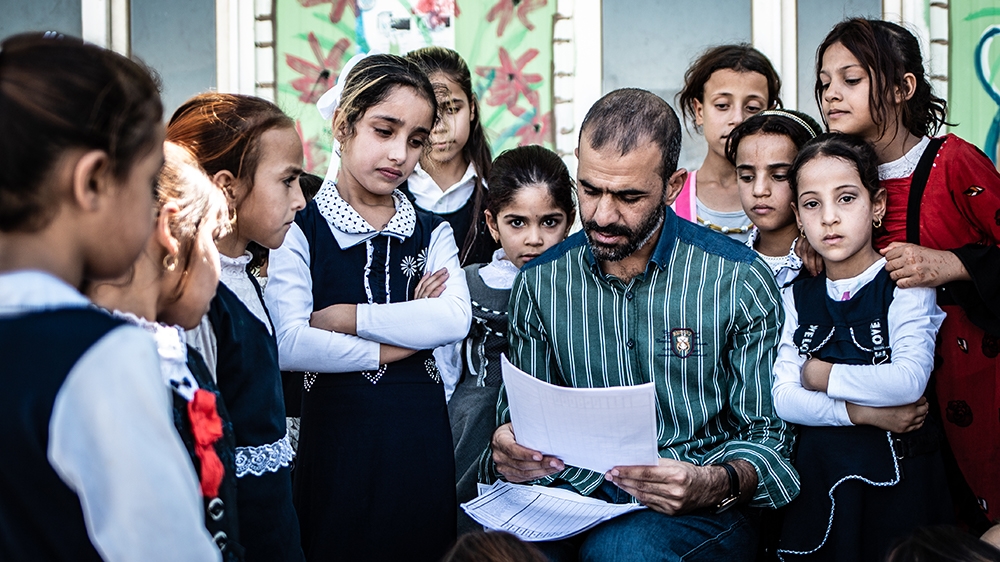 Peyre-Costa told Al Jazeera the closure of schools is one of the multiple government measures designed to encourage people to return home.

«But by closing IDP schools, the government just pushes children out of schools, not out of camps,» he said.

«The education of their children is often sacrificed vis-a-vis security issues, or simply the lack of a home to return to.»