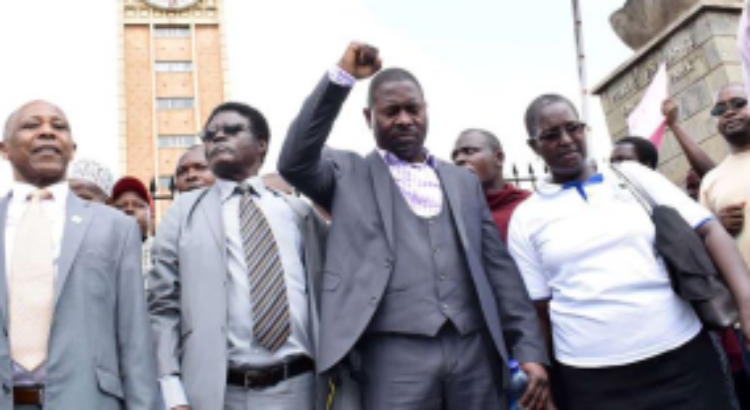 Public universities have started cracking the whip on striking lecturers and other staff as the industrial action enters its third month on Tuesday.

The University of Nairobi (UoN) has suspended 35 lecturers after they declined to return to work following Labour Court’s ruling that declared the strike illegal and unprotected last month.

Technical University of Kenya (TUK) on Friday started a head count of lecturers who are teaching, and has threatened to sack those who will not report to work.

The government is set to launch an inter-ministerial Task Force to discuss the stand-off that has led to a biting strike by lecturers in public universities.

Education Cabinet Secretary Amina Mohammed, whom lecturers have accused of not playing ball, will launch the task force at Jogoo House Thursday morning.

The bone of contention between lecturers and the government is a Collective Bargaining Agreement signed with the Universities Academic Staff Union.