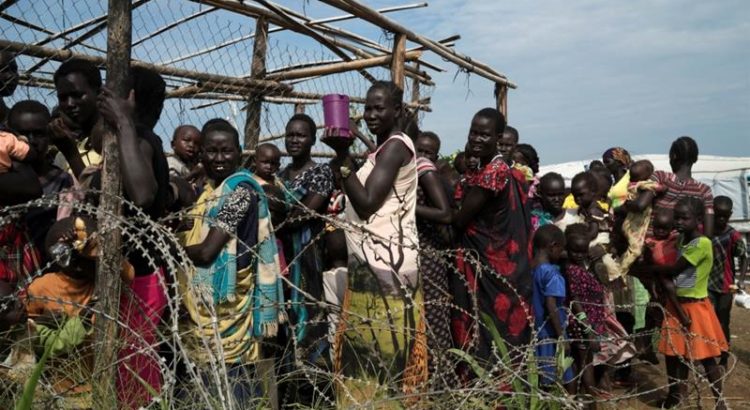 Lual Mayen, a 24-year-old software engineer, is determined to do what he can to bring change to South Sudan, a country ripped apart by civil war.

Through the use of board and video games, he wants to promote unity and spread his message of peace throughout the world.

«After the conflicts that started in 2013, I saw the horrible effects mass displacement could have with my own eyes. I witnessed it in IDP and refugee camps, but also online,» Mayen told Al Jazeera.

«These social clubs, both online and offline, were turned into sites for social evils and I could see the conflict brewing among various tribes that were crammed together. I knew that these scenarios could turn political and even physical, with people wanting revenge for what was happening to them.»

This made him start Junub Games, which by now has engaged some 20 software engineers, designers and developers.

In six months, Mayen and his team have created three games: one mobile game for Android smartphones and two board games.

«Salaam – the Arabic word for peace – is a game in which you must destroy symbols of war to [to promote peace],» Mayen explains.

While playing the game, a song called One People, One Nation can be heard in the background, driving home the point that the people of South Sudan must unite.

The incorporation of South Sudanese culture is a prominent feature of all of Mayen’s games. Through this, he hopes to attract young people who now usually play games made outside South Sudan.

The two other games made by Junub are board games. One of them, a card game named Wahda – an Arabic word referring to unity – is comparable to the classic game of Uno.

«The cards have words like Love, Hate, War, and Peace written on them,» Mayen explains. «Negative cards like War can be countered with positive words like Peace. Penalties on certain cards have the players pick up more cards. The goal of the game is to get rid of your cards as fast as possible, and the winner of the game is crowned ‘Peacemaker’.»

Since the conflict in South Sudan started in 2013, only two years after its independence, tens of thousands of people have been killed. More than 1.5 million people have fled the country and another two million have been internally displaced.
To prevent this vulnerable group falling prey to a message of hate and violence, Mayen is working to get his games distributed in refugee camps and other hubs of social activity.

«We are now doing pilot tests for these games in Kakuma Refugee Camp in Kenya and Nyamanzi in northern Uganda. For the mobile games we will also have social media campaigns to spread the message of peace,» he said.

His plans are bigger than just South Sudan: «These games could work everywhere. It would work in refugee camps across the world as well, in Syria for example.»

In an effort to expand Junub Games, Mayen was the first person to organise a so-called Game Jam in South Sudan. These community-driven events are held in several locations across the world and have people come together to create one or more games in a very short amount of time.

Organising the event in the youngest country on Earth led Mayen to connect with contacts within the international video game developers’ community. He has been invited to San Francisco to talk at the Games Developers Conference (GDC) – the world’s largest convention for video game developers – to talk about his efforts to create peace-building games.

«It’s about 90 percent sure I will get to go to San Francisco. I’m just waiting for my visa now,» he said.

The GDC might be the start of Mayen’s next big dream. His ultimate goal is to create a South Sudanese version of Silicon Valley.

«I want to get the attention of the government and talk about possibly starting courses in schools and universities for young people that want to become game developers. I want to do this to boost South Sudan’s economy so the country can become more stable,» he said.

For now, however, Mayen’s plans for South Sudan’s game developing community are still focused on making the country a safer place.

«Building peace is a long process, not something that can be achieved with one decision. Decisions have to be made at different levels and it takes a lot of different processes, people, and approaches,» he said.

«True peace is built over time. The way I do this is by creating games. Games to preach peace.»

This story from Al Jazeera was supplied to AllAfrica under an agreement with the African Media Agency.